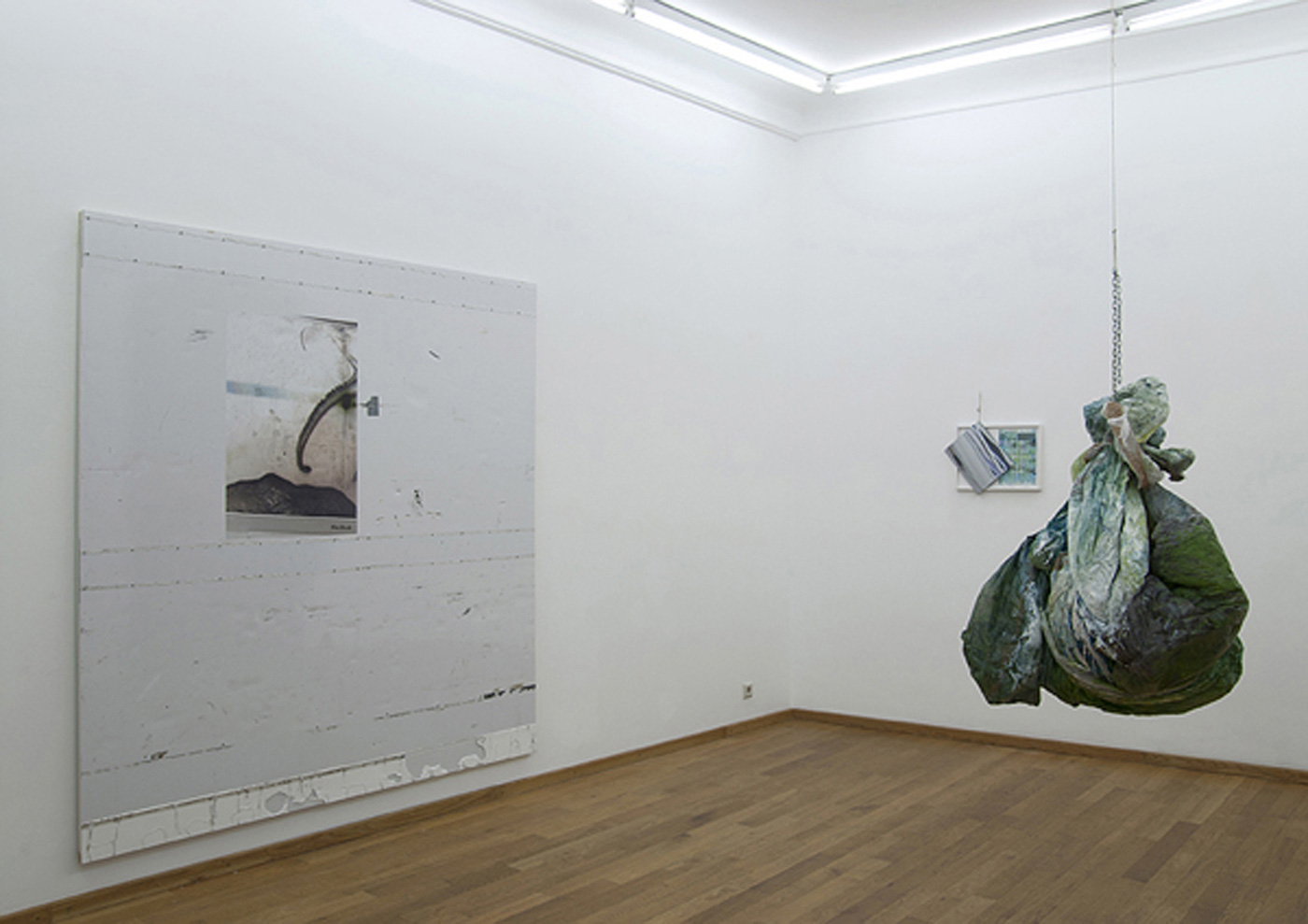 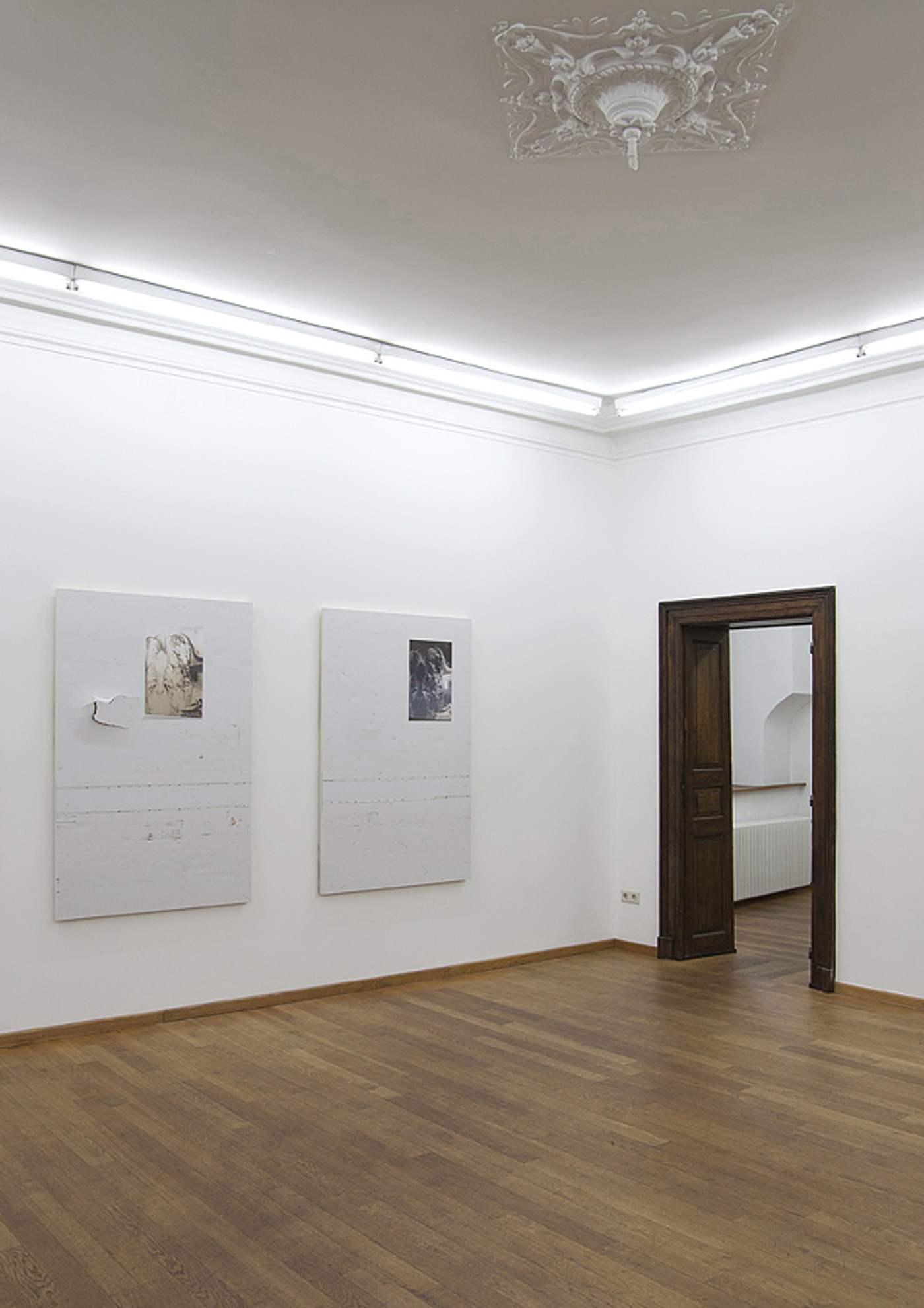 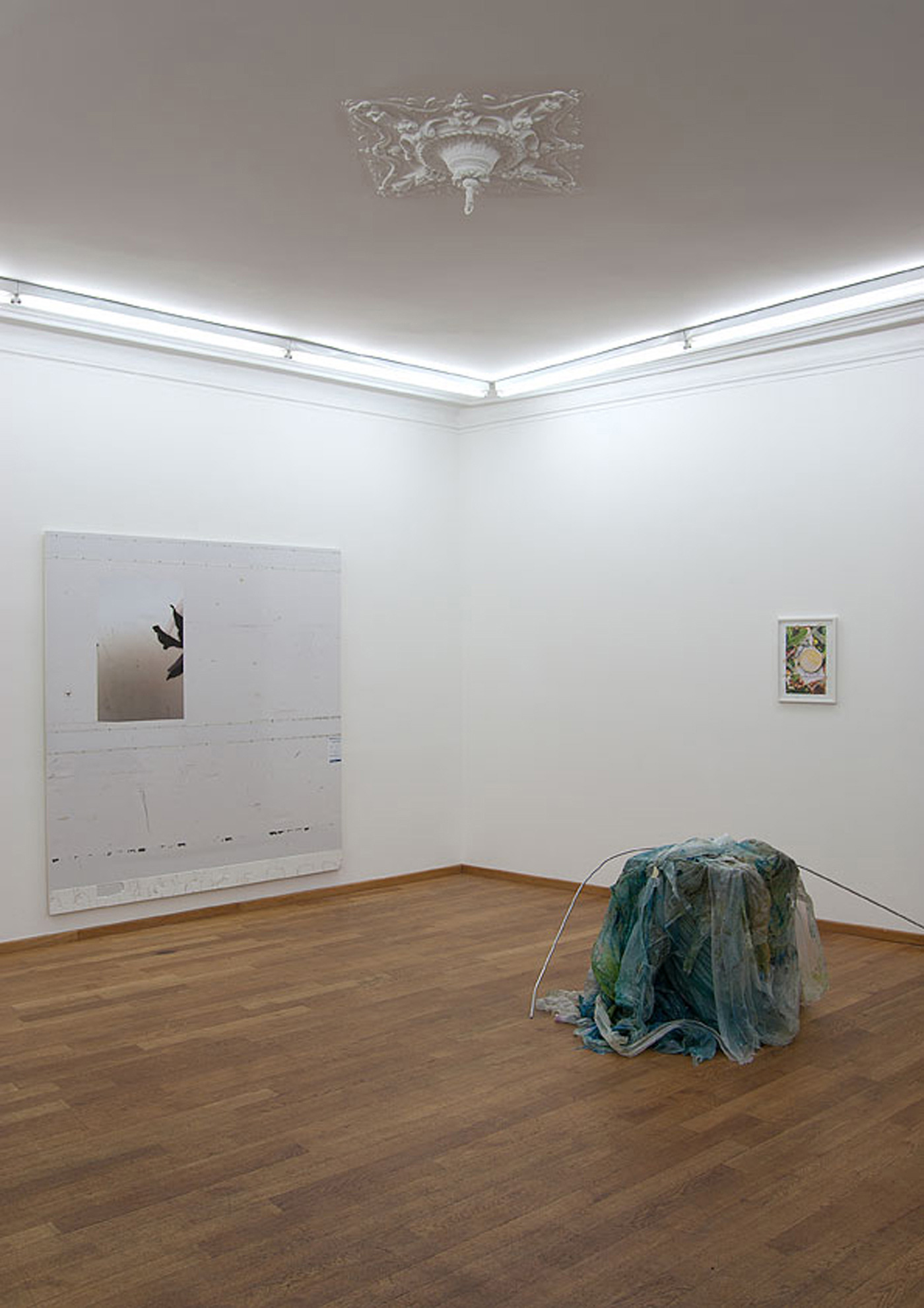 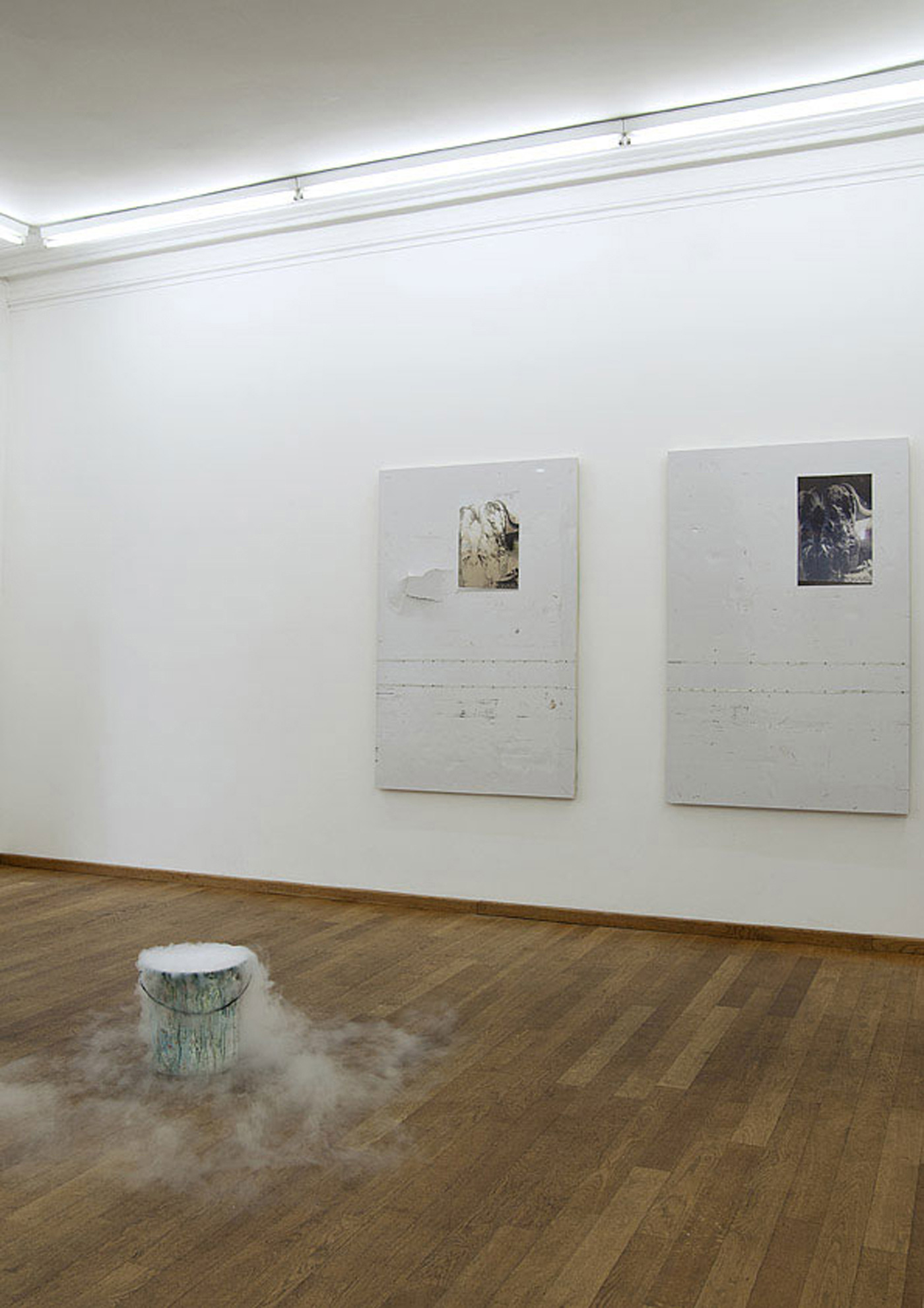 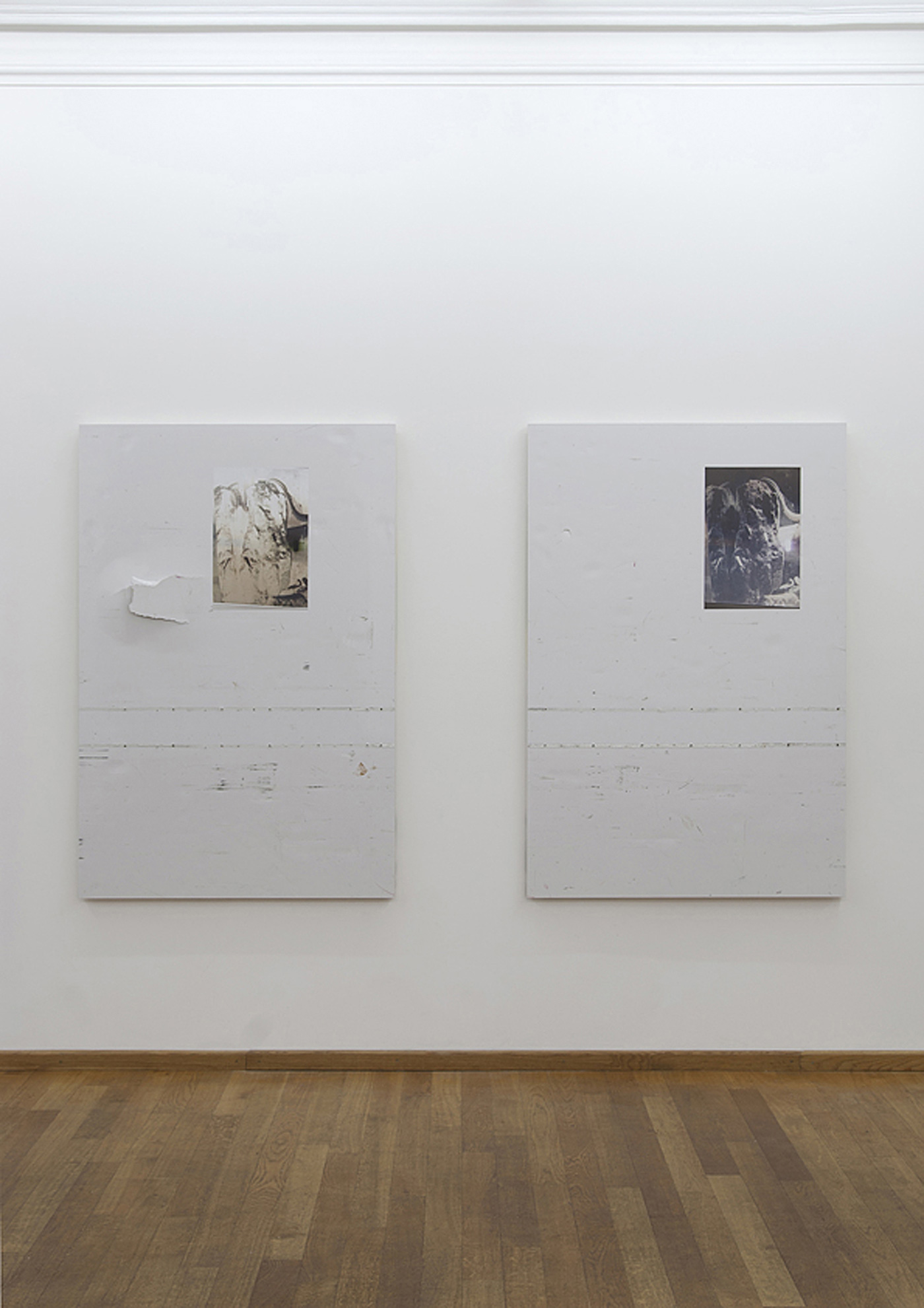 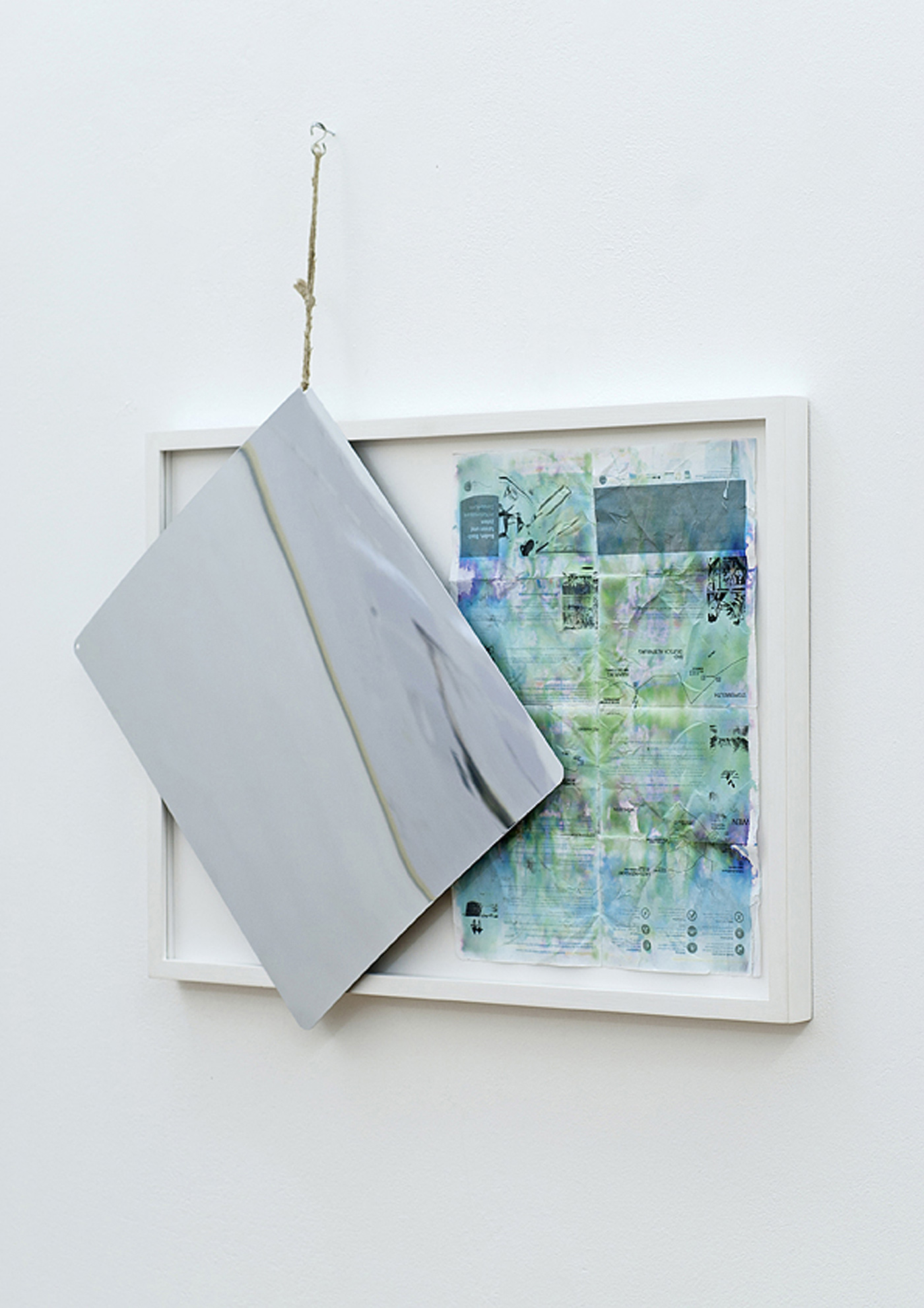 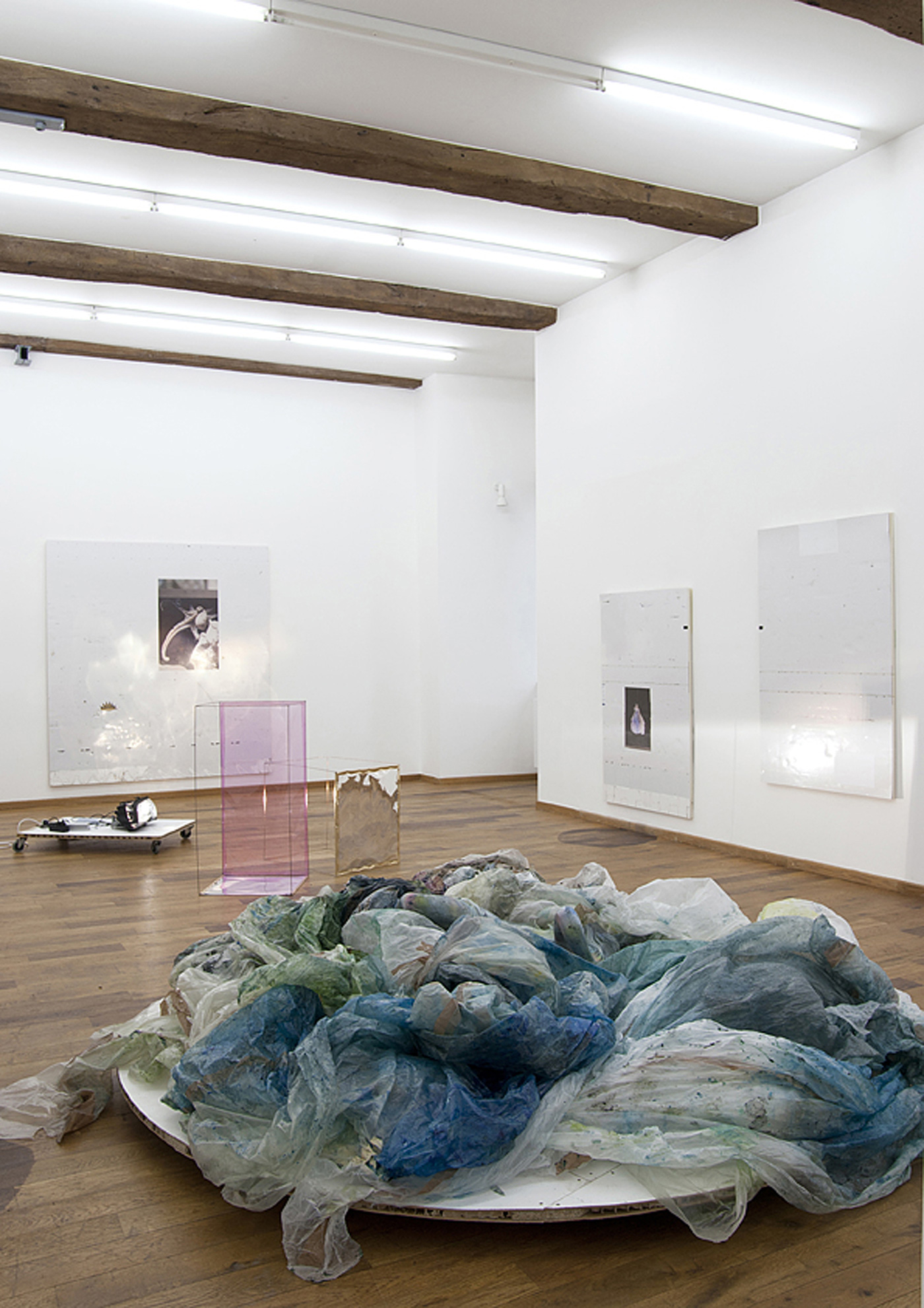 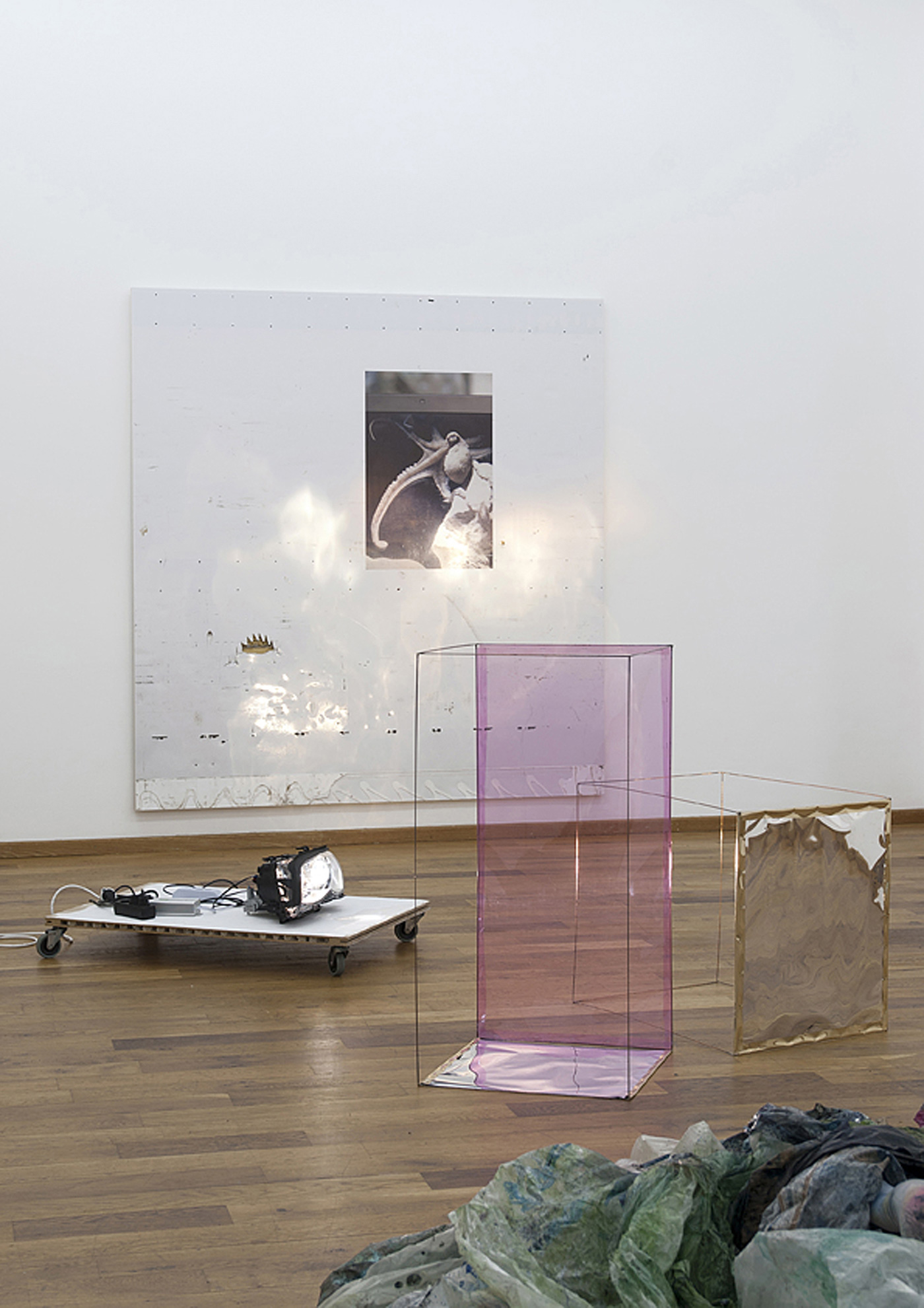 Even if the days of muses and models in the ateliers are long gone, the coffee has become bitter cold, and the phone now rings so smartly, artists are still not so quick to take up the thought of going to work - at the office. Office as an exhibition title was a mere suggestion made by a colleague of Meier's. It could surely be something worth considering and, in cases like this, even accepting.
Consequently, Office should not serve as a synonym for a place of horror, but as a well-meant word - as brackets, of sorts, surrounding the work of Christoph Meier. Why then, the thoughts of gleaming, bright sensory overload and carousel-like dizziness when ''office'' comes to mind? The nice thing about playing office - in addition to maximum satisfaction at minimal costs - is the use of commands. Alongside ''cut, copy & waste'' the ''apple and Z'' seem especially worthy of mention, with their function of revising decisions. Meier's programme takes the liberty of such backwardly intended combinations, though this does not always - nor automatically - correspond to a 'shortcut' in the context of artistic practice.
Meier's Office is less related to the concept of Kippenberger's Büro or Warhol's Factory, but is more the idea or the trace of side effects resulting from his production, transformed into a word. The same fares for the things, often untitled, that Meier arranges and builds. They are not so much creations as evidence of their own quest to become sculptures. Meier's things need time until they also become this. But firstly, they must find a worthwhile origin and be selected as materials. Meier forces the suitable candidates into veritable units of function or flimsy teams as well. Such trainees must first reinforce themselves before they can be promoted to sculpture. The objects are handled, using decision as his tool of choice, and in fact many traces lead to him, though have originated elsewhere. Backdrops, veterans from the transport industry, and floordrops that once served in the atelier define levels that officially position this exhibition here and hold it together. The artist organised such things as starting materials and consequently found good reason for painterly themes. The sandwich boards had served as lacerated protective coverings for lories. But here, their grooves have a graphic effect, their motifs appearing like sketches from a carrier's logbook. An octopus, an orchid and others consort with abstraction, becoming antiquated images of themselves by means of photographic reproduction. The panels line up frontally at eye-level, acting as something between a painting and a window to the world. In a position of relaxed expectation, a badly proportioned yet well-endowed plastic nude model wraps herself in magical foil. She remains the unsightly unknown of the exhibition. The origin of this semi-transparent floor covering is revealed in a sort of accompanying video. Meier's studio-mate Hugo Canoilas moves through one of his own pictorial installations, dressed as a turtle. At a closer look, it becomes clear that this deals with a work situation, at least as far as the foil is concerned. Meier's Office is not an office at all. It is not even a place. However, it could be indicative of the orbit, wherein his organisation of materials transpires. It is Meier's drive that keeps his objects in motion and on the search. He rotates and turns them or lets them dangle until they become precisely what they sometimes already are: self-employed.

Opening, Thursday 27 September at 6 pm in presence of the artist