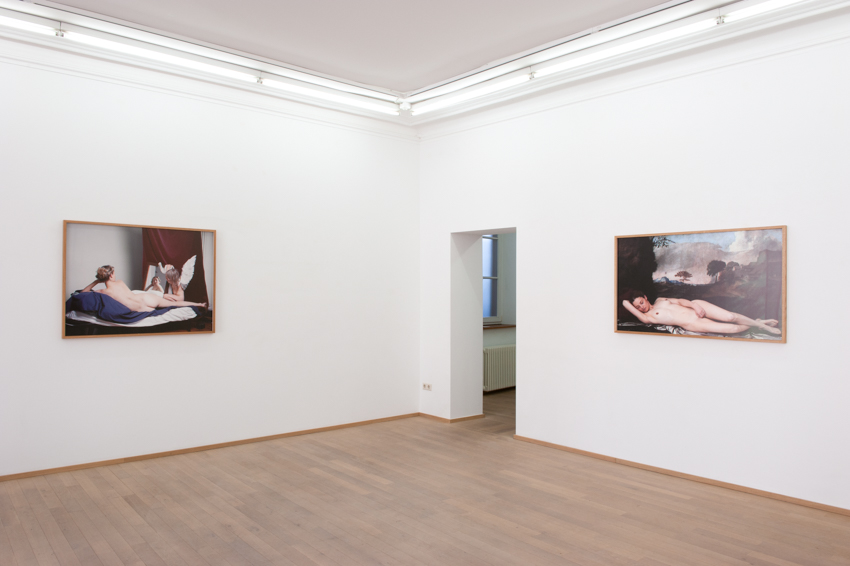 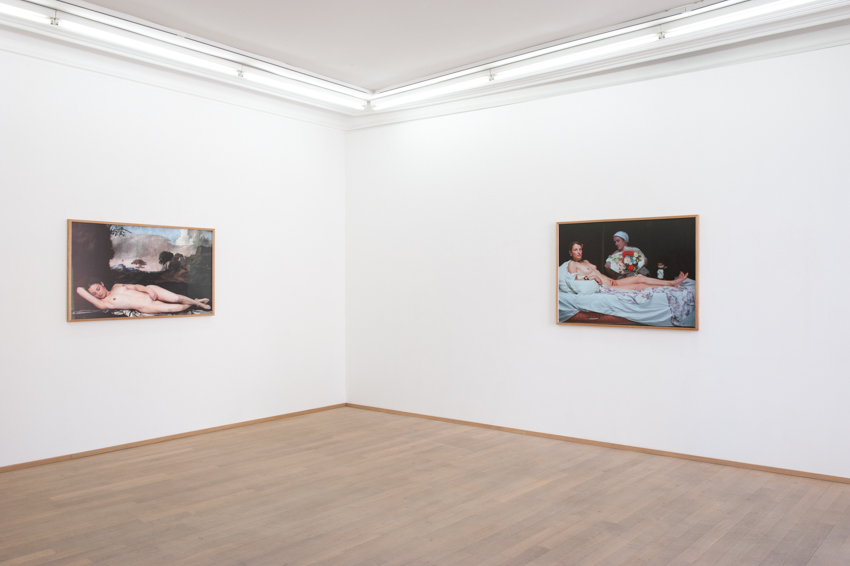 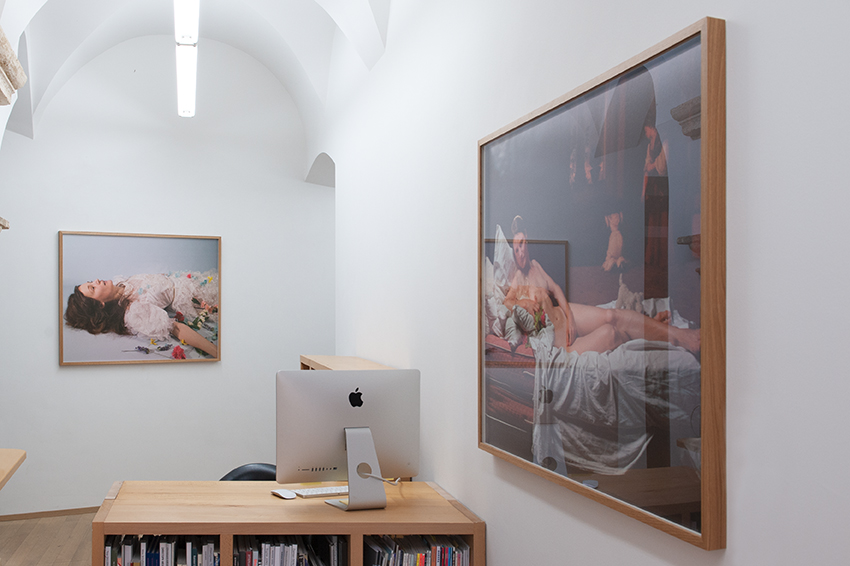 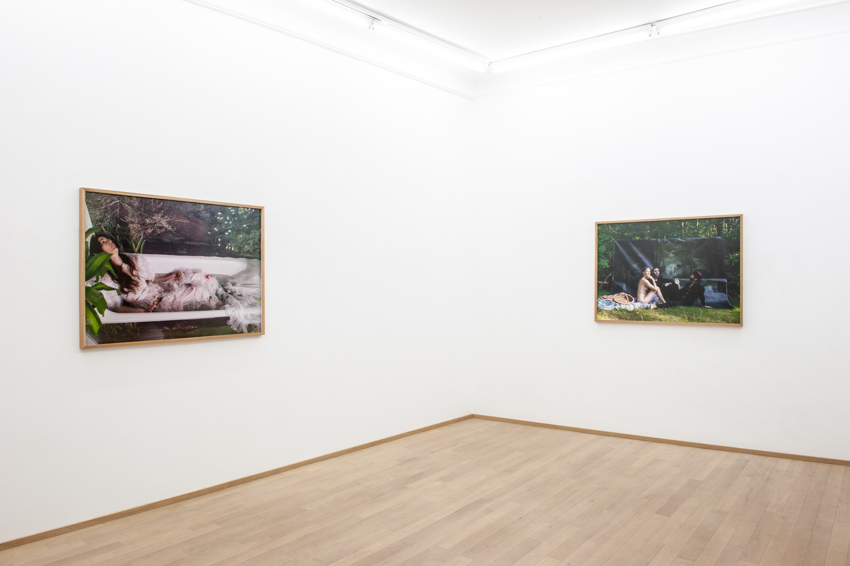 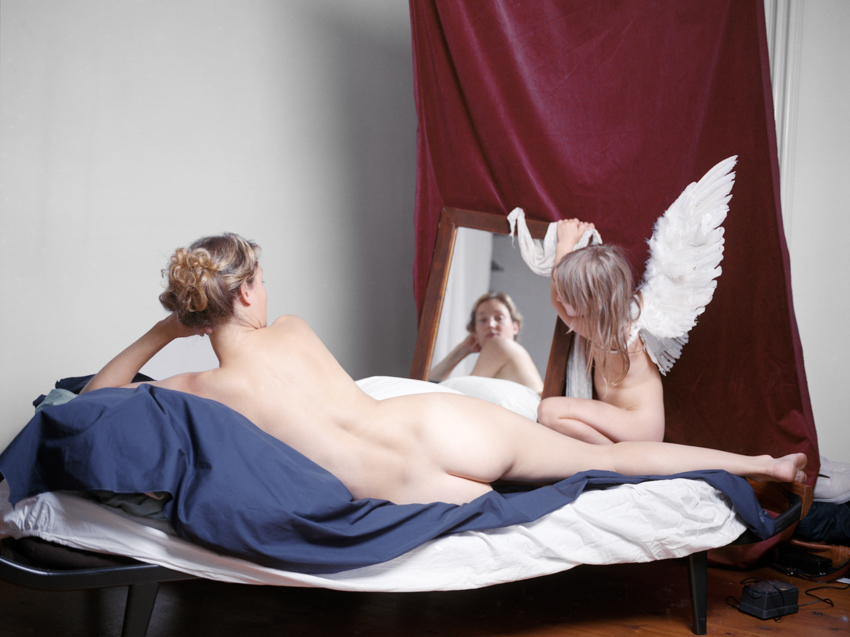 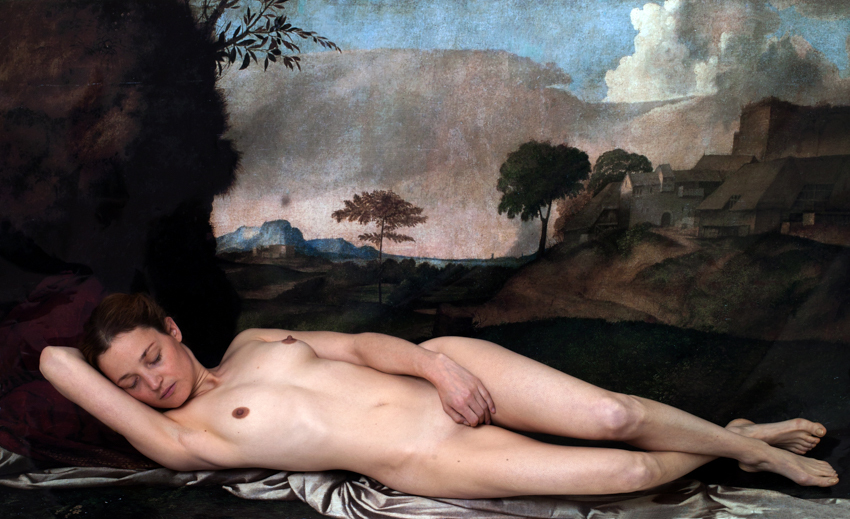 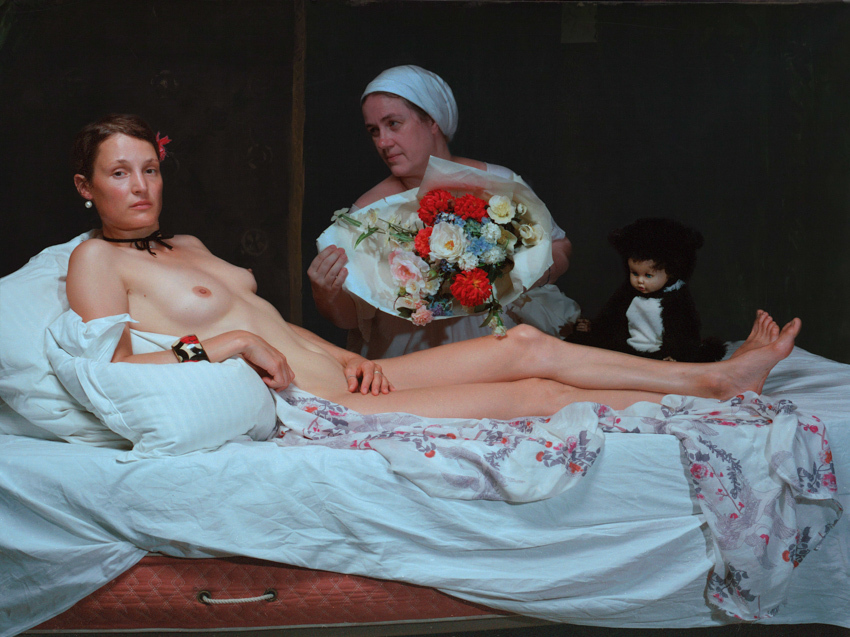 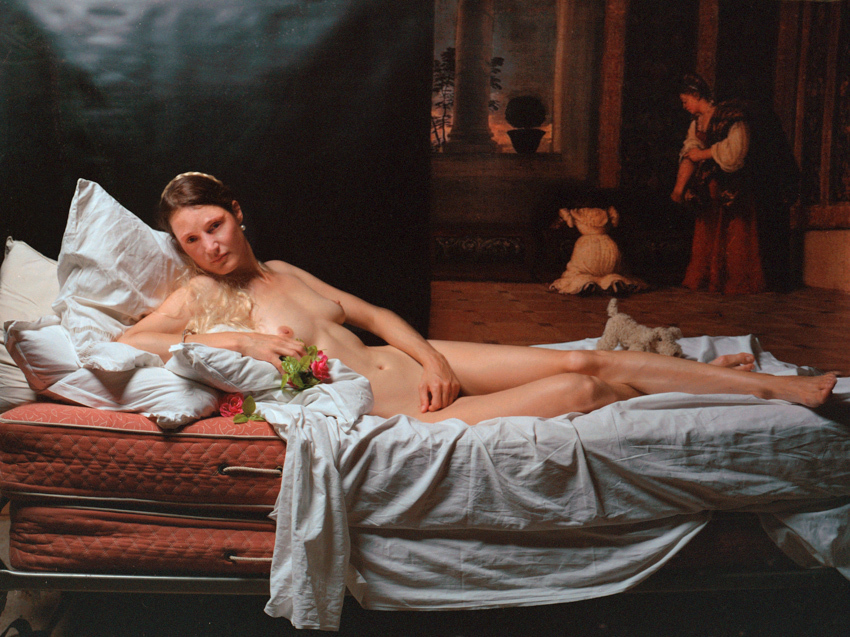 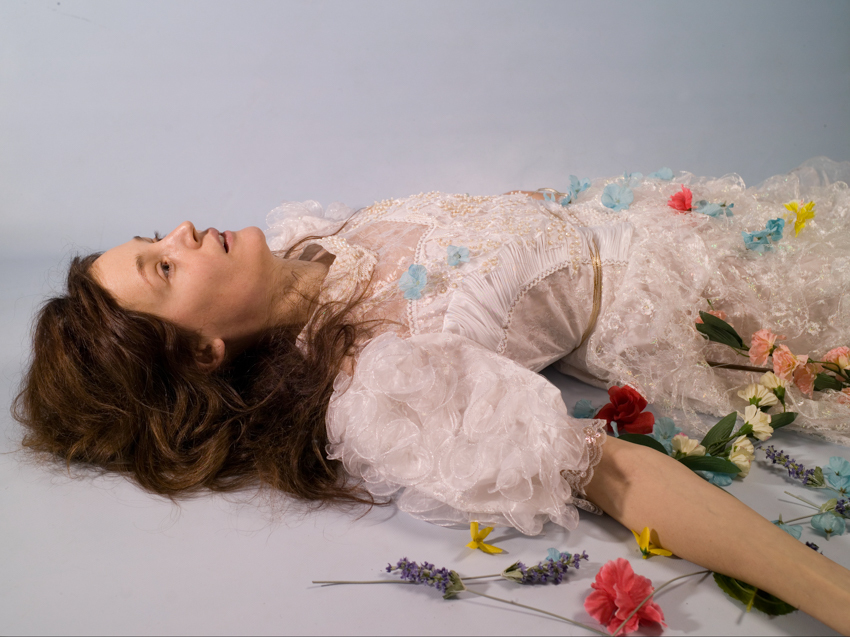 For her first exhibition at Nosbaum Reding Projects, Anna Krieps looks at the representation of women in art to initiate a broader reflection on the place of the female body in the collective imagination.

In the series Iconographie, the Luxembourgish photographer summons famous paintings such as Edouard Manet's Luncheon on the Grass (1863), Sassoferrato's Virgin in Prayer (c.1640-1650) or Velásquez's Toilet of Venus (c.1647-1651) to question the image of women shaped and promoted by western artists. Venus or courtesan, Hetaira or Madonna: since the Renaissance, painters have cultivated a binary vision of women, shown as archetypes without a name or identity.

The model in Krieps's re-enactments, on the contrary, is recognisable and has a name: her sister Vicky, who is taking the place of the famously infamous female models, is an internationally renowned actress. By choosing an actress to incarnate the women depicted in these masterpieces of Western (male) art, Krieps achieves a double result: on the one hand, she uses her sisters notoriety as a means to highlight the anonymity of the original sitters, while on the other hand attracting attention to the status of women in the broader context of contemporary image production, of which film is one of the most potent vehicles.

By intertwining two pictorial planes - the photographed scene and the painted backgrounds - Krieps's oneiric compositions furthermore operate a mise en abyme that invites viewers to challenge the difference between dream and reality, or artifice and authenticity : a question that has been haunting art since the dawn of time, and never more so than in the digital age.