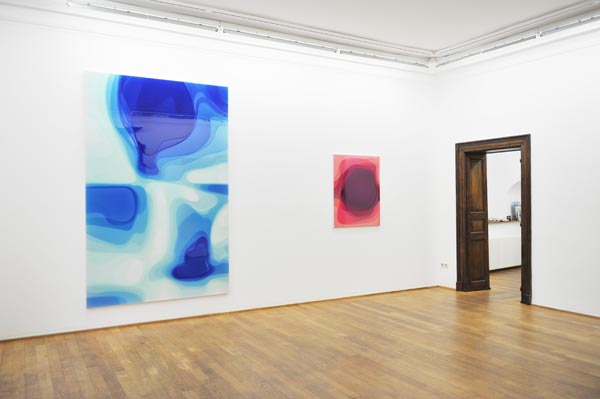 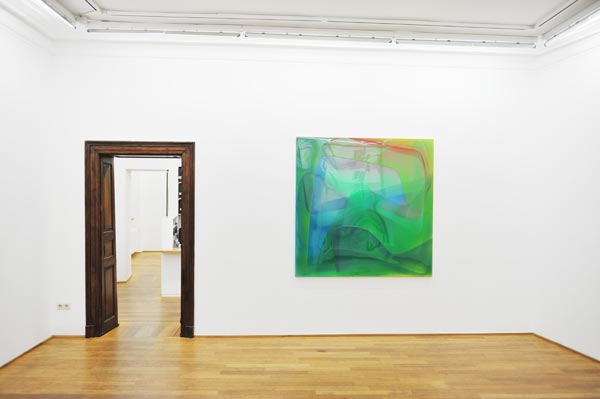 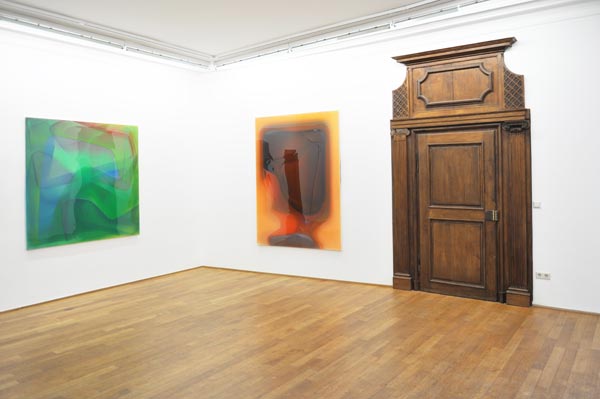 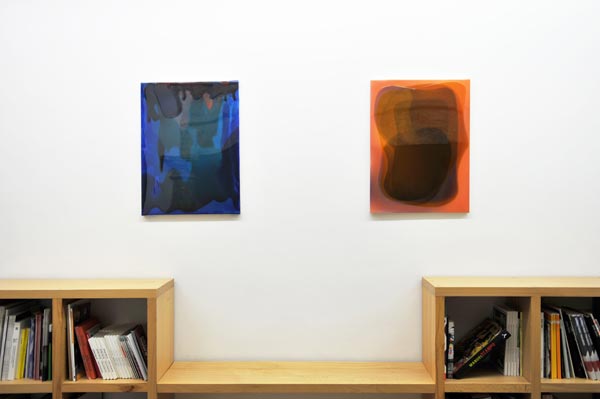 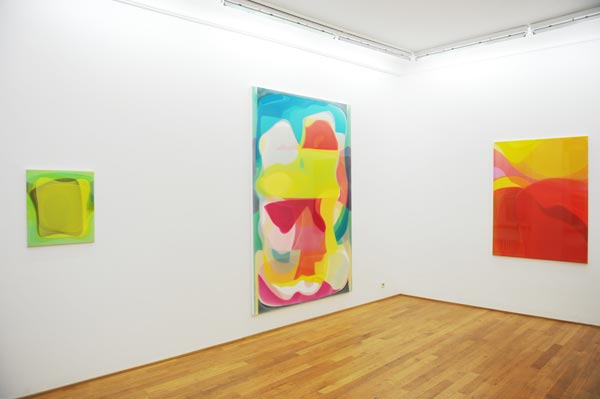 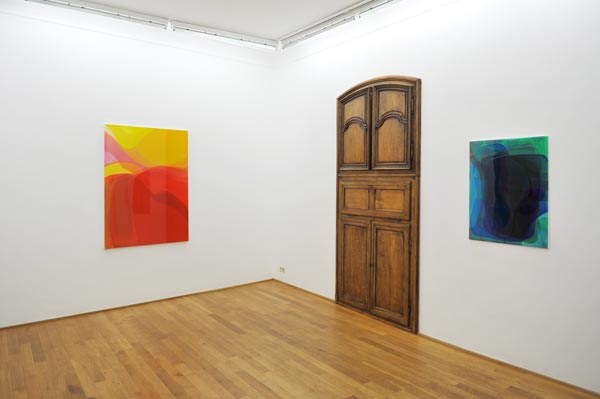 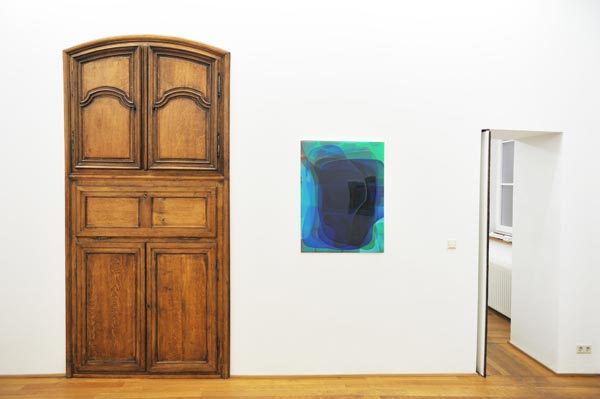 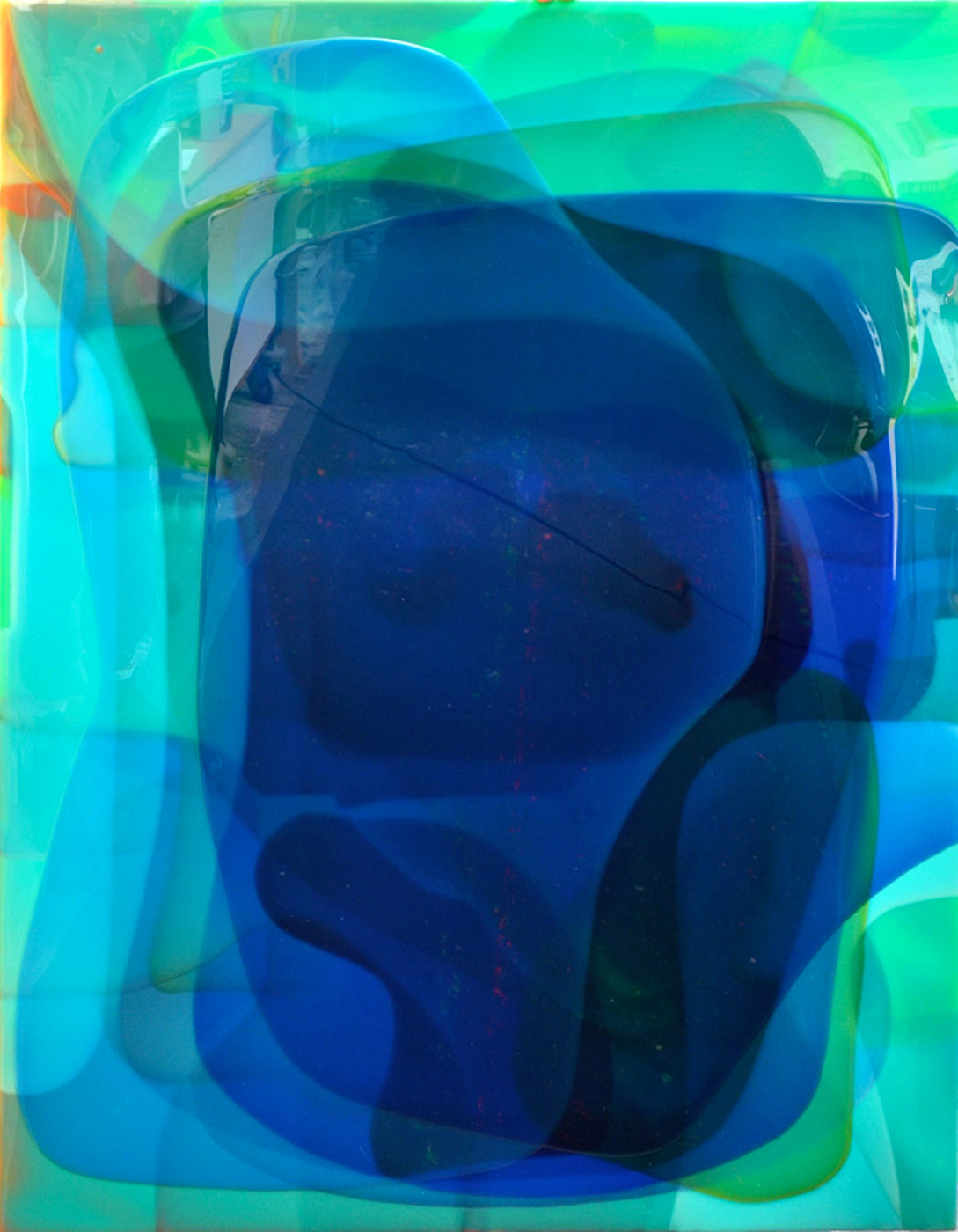 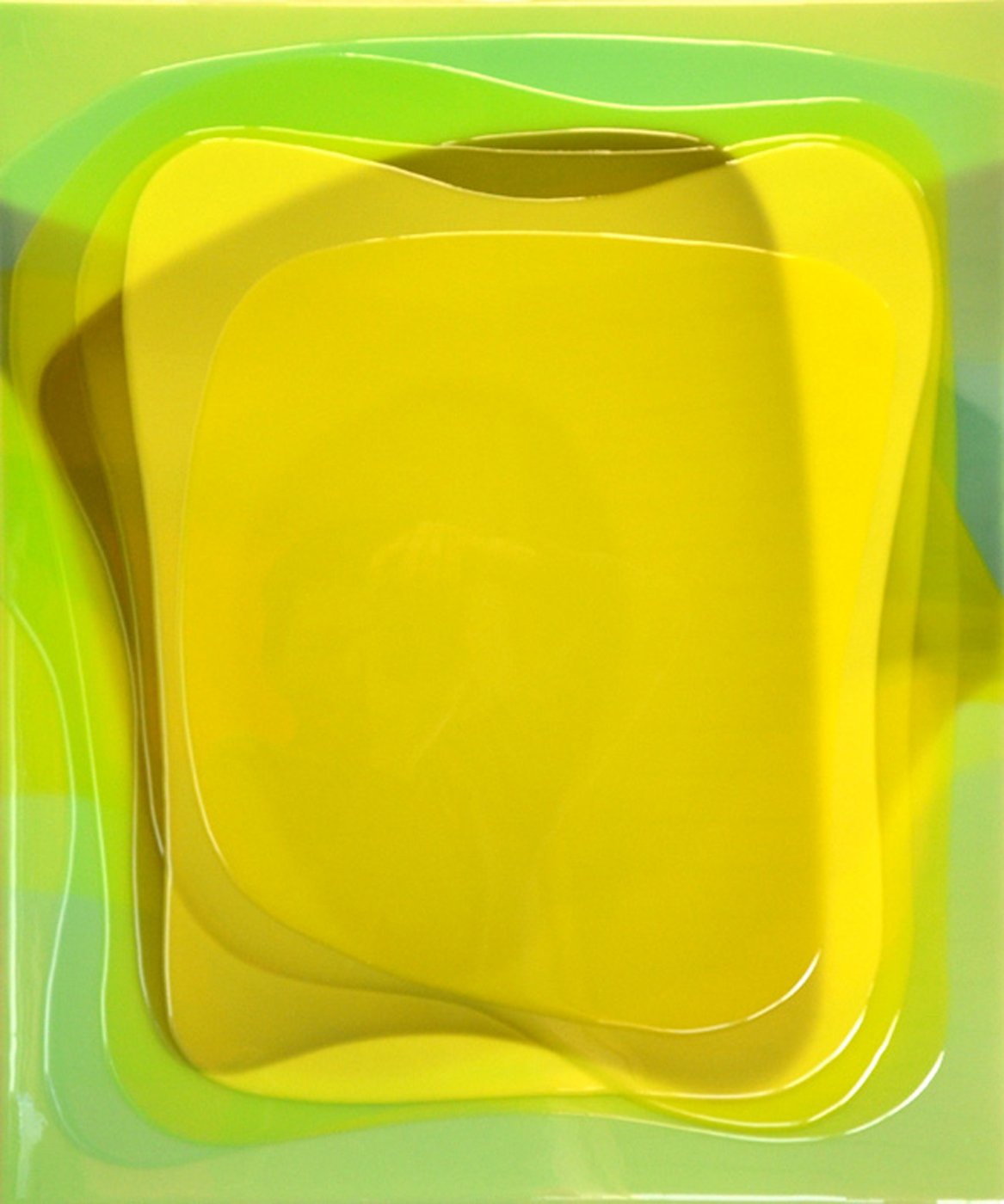 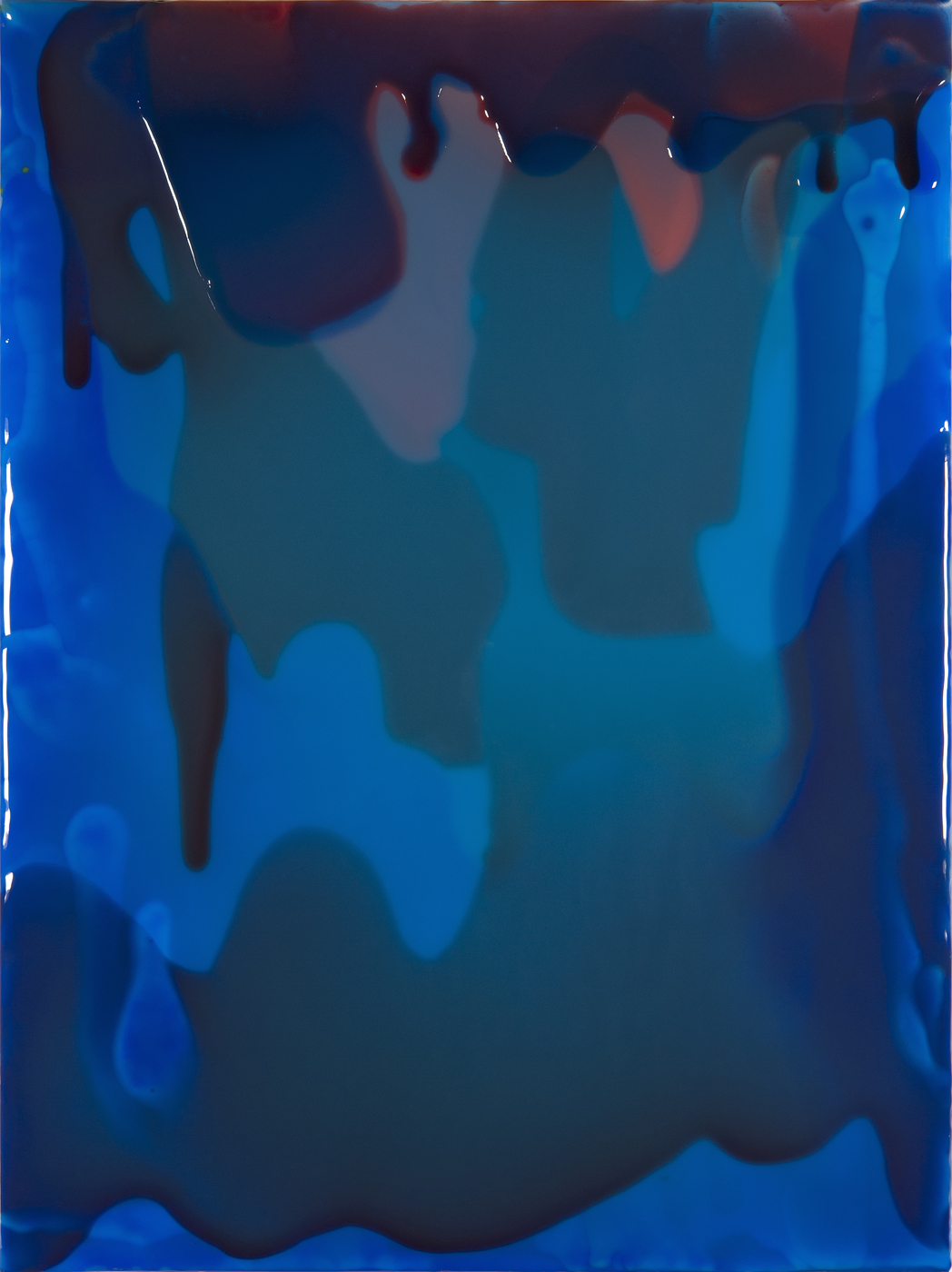 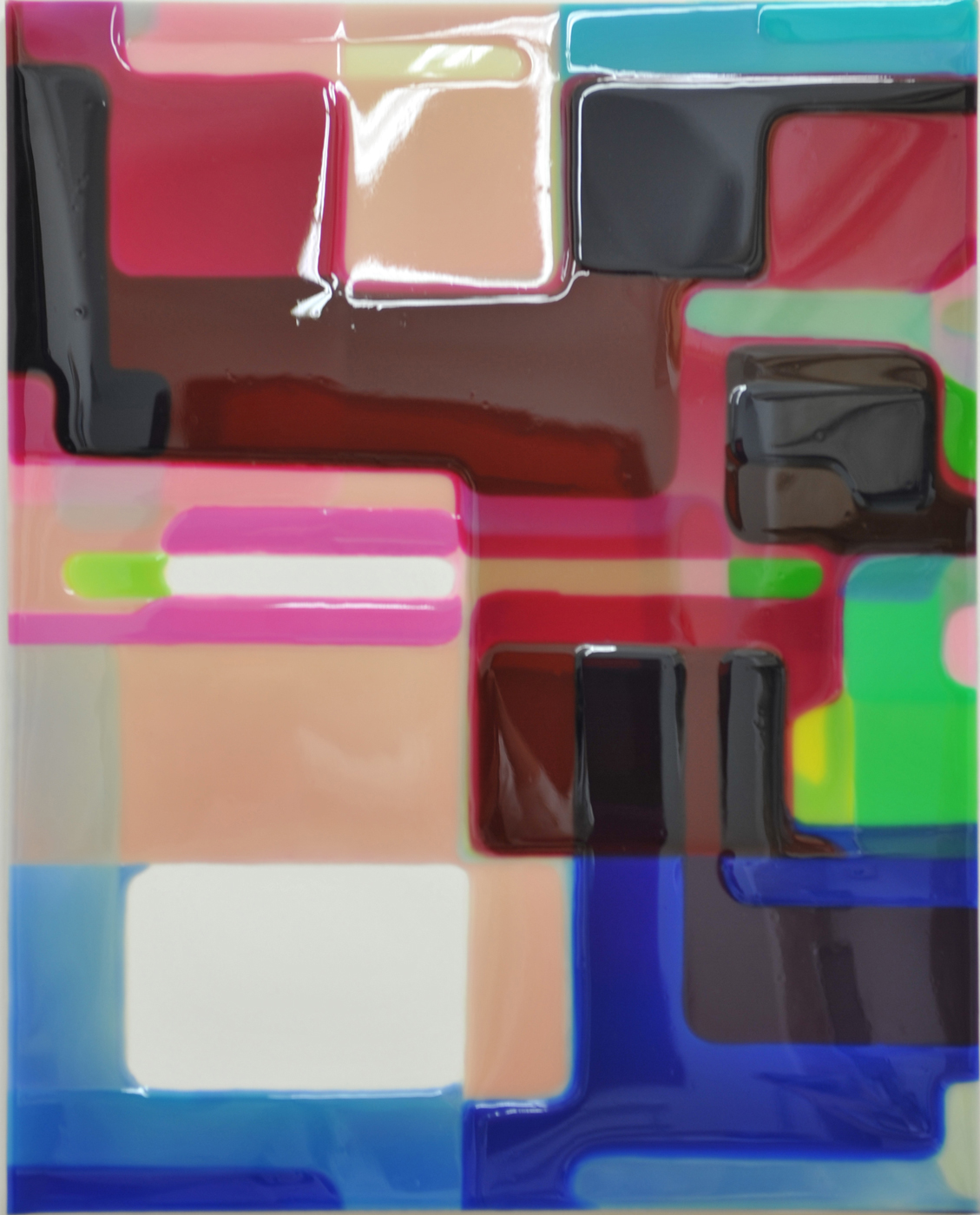 Peter Zimmermann departs from digitalised motifs taken from sections of earlier works or found on the Internet, television or other sources; then he manipulates and combines them in order to make a one-to-one template. With the additional use of stencils, the coloured epoxy resin is then poured onto the surface, layer by layer, with lighter colours being applied first. Chance enters the work of Zimmermann through the unexpected interactions of the epoxy resin, resulting in smooth and transparent surfaces that take on a captivating luminescence, which magically attracts the beholder. Through this process, the artist introduces the fortuity of the "material" into what seems an ensemble of found references, rising the essential question of composition/materiality, proposing a body of works that lays in the border between painting and sculpture.

For his second solo exhibition at Nosbaum & Reding in Luxembourg, Peter Zimmermann exhibits a new series of works. Peter Zimmermann (born 1956 in Freiburg) lives and works in Cologne. He studied at the Academy of Art and Design in Stuttgart. From 2002 to 2007, he was a professor at the Academy of Media Arts in Cologne. His solo exhibitions have featured at important European and American institutions: ?Wheels? at the Nuremberg Kunsthalle in 2007, ?Current: Peter Zimmermann? at the Museum of Art in Columbus OH in 2008, and recently, the significant retrospective ?All You Need? at the Museum of Modern Art Kärtnen in Klagenfurt, for which an extensive catalogue has been published.