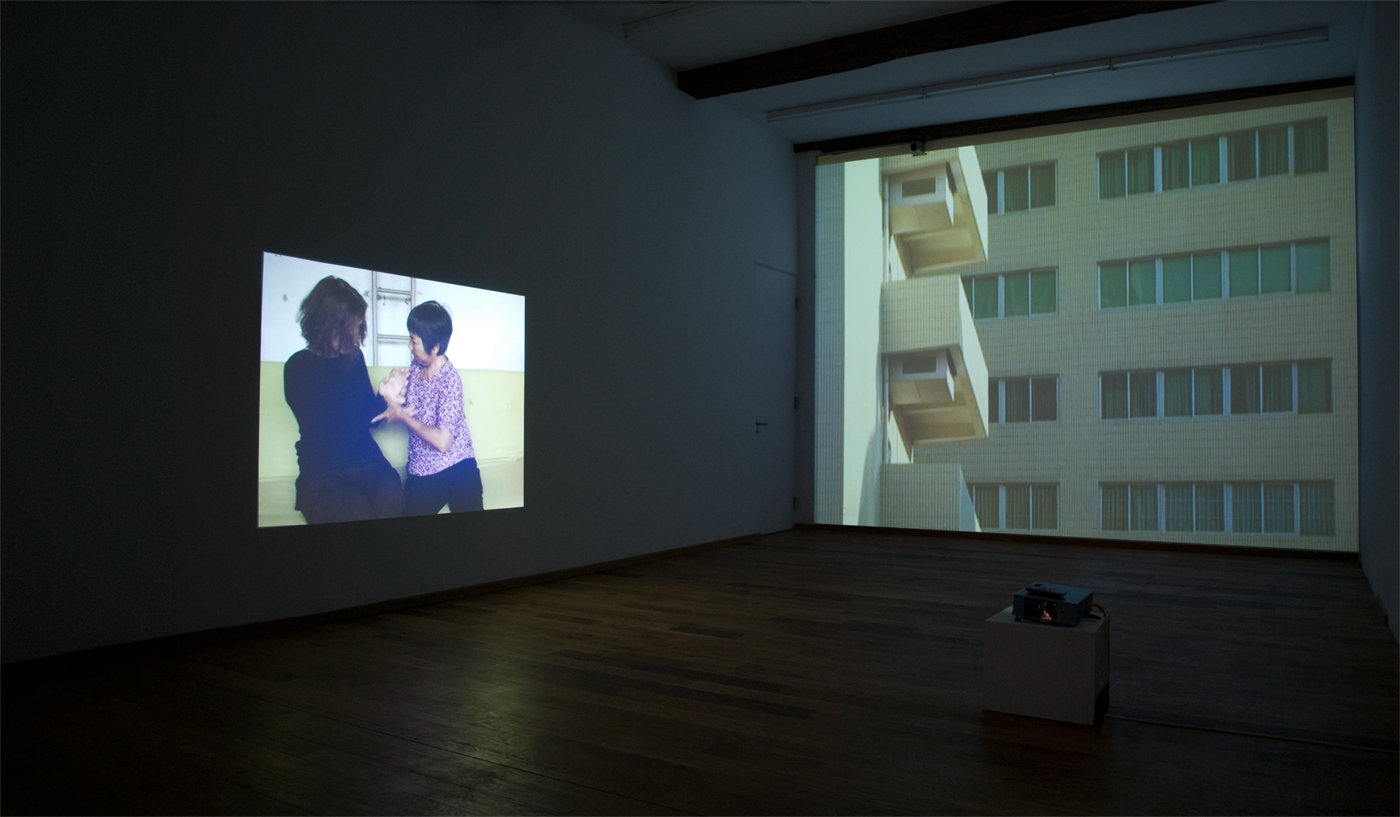 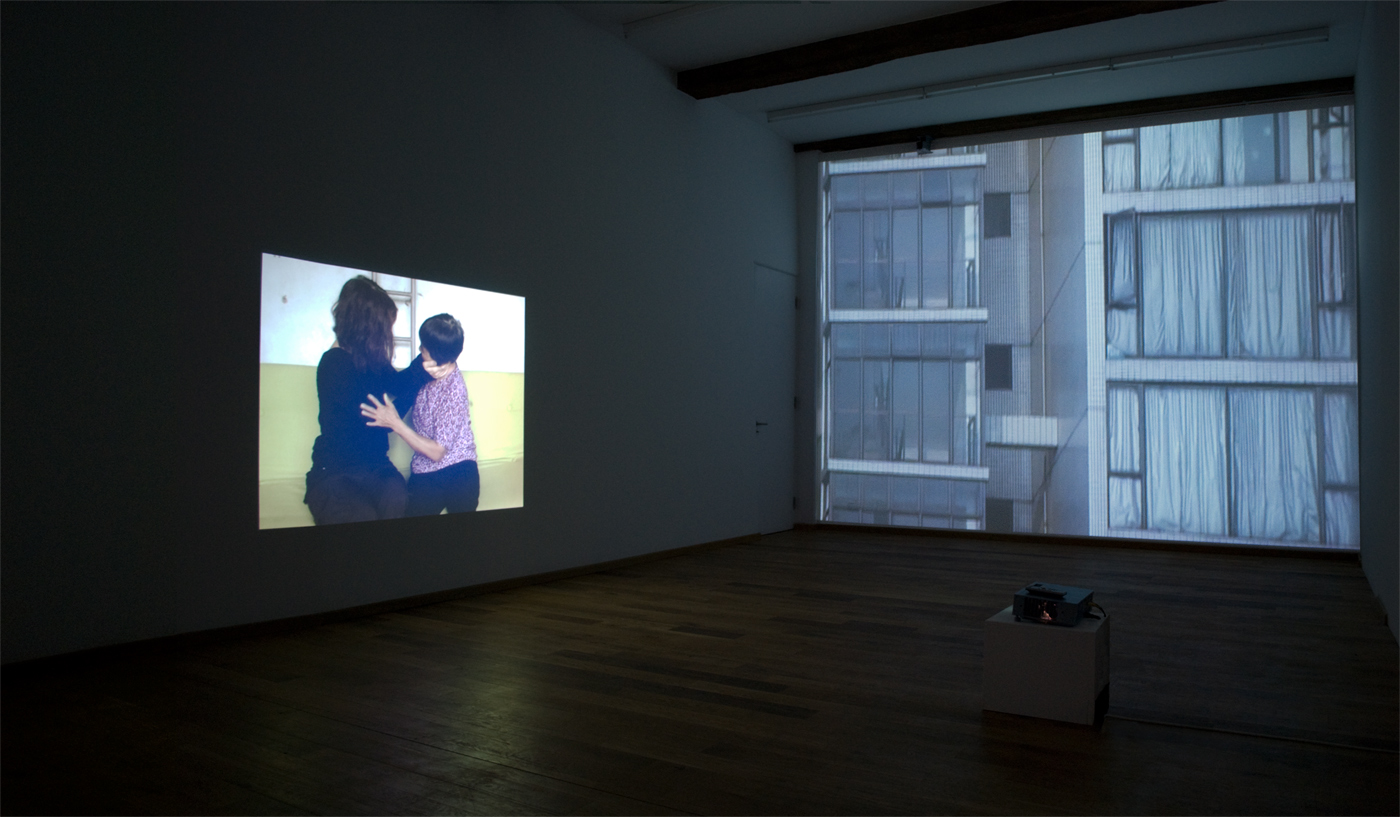 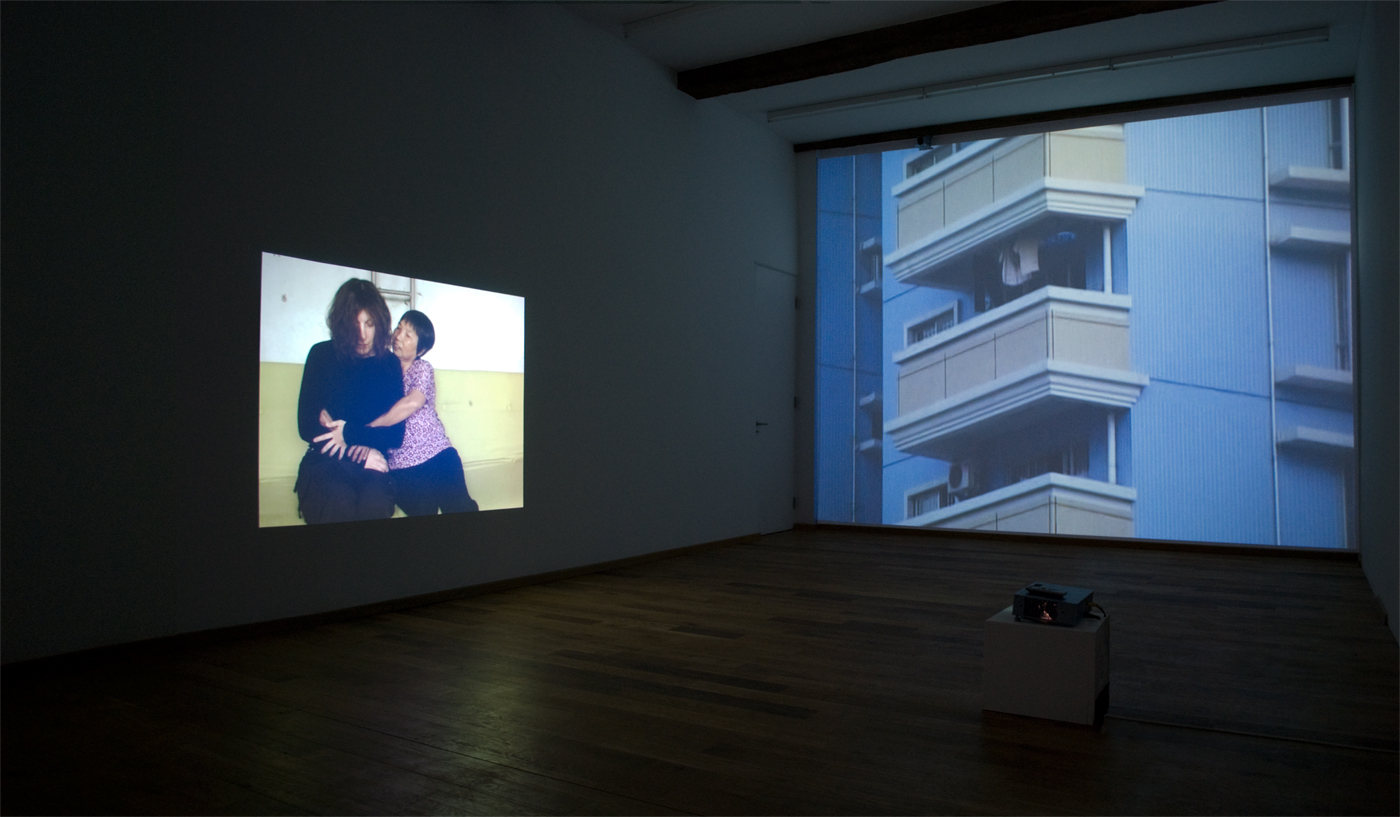 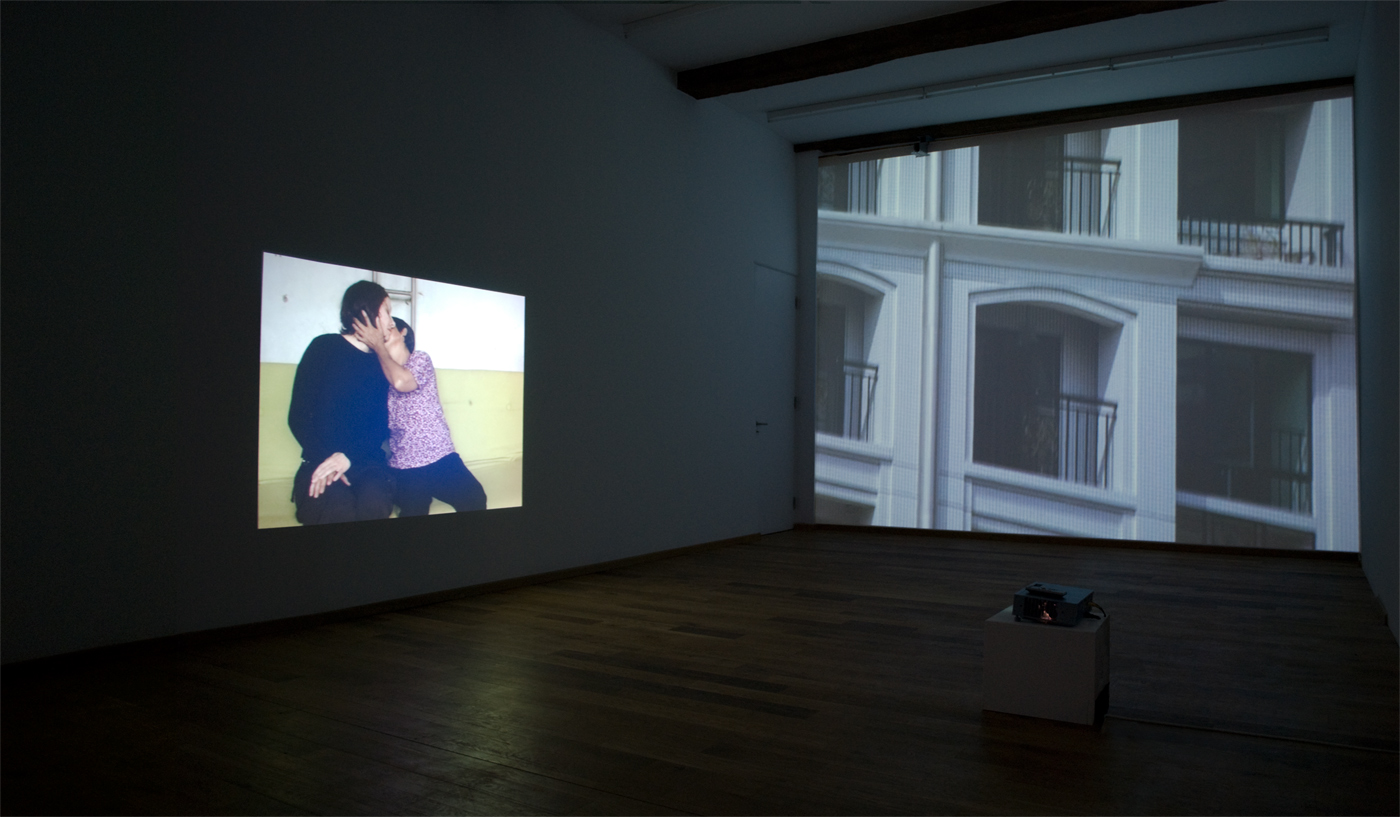 Nosbaum & Reding Contemporary is pleased to announce the opening of the exhibition Urban Stories / South China by international video artist Sylvie Blocher. Presented for  the first time to the public, the diptych entitled Urban Stories / Nanling – Guangzhou was originally filmed in 2005 while the artist was participating in the second Guangzhou Triennial, but never shown in its entirety there. The work is part of the ongoing video series, Urban Stories, which the artist started in 2005.

Projected onto the first screen is a seemingly endless (looped) array of rectangular
apartment buildings in the city of Guangzhou. They are filmed in slow-motion, the
camera moving steadily from bottom to top. Smaller in size, the second projection
pictures the artist’s encounter with a local woman through touch in the Nanling
mountains, situated 300 km north of Guangzhou. Aesthetically, the two video sequences are rather opposed, but their profound relation is one of intriguing complementarity: views of anonymous housing complexes that carry little to no trace of individual life on the one side and the overwhelming quest for singularity, claimed and acted out in the gestures of the women in Nanling. Displayed as a diptych, the two sequences raise the question of the position of the individual body and its relation to the Other within Chinese society.

Sylvie Blocher points out that “the artist in herself / himself already represents a place of freedom”. Thus, by proposing to the woman she met in the streets of Nanling - the only person “to have touched my body since I arrived in China” - to use her body as one would a tool, she conveys the promise of possible escape from all social, educational and emotional restraint unwittingly weighing upon us. Taking the artist in her arms, the woman in Nanling seems “to embrace herself”. The artist's body acts as host for her to caress the part of the Other within herself, thus embodying her own essential singularity.

Urban Stories are condensed, instant impressions casting an intuitive look on
contemporary city life through the eyes of the inhabitants of the place themselves. To incarnate them, the artist films people she meets randomly when working on other projects on location in the US, India, China, South America and elsewhere. There is no casting prior to her filming.

International video artist Sylvie Blocher is based in St.Denis, to the north of Paris. In 1993, she launched the concept ULA (Universal local art) which she put into practice with a video series called Living Pictures. In an artistic mode similar to travel sketching, she has been filming short sequences called Urban Stories since 2005. Regularly invited to participate in major international art events, she has shown at the 2003 Venice Biennale (Arsenale) and New Delhi’s 2005 Triennial. Recent solo shows include Casino Luxembourg (2002) and SFMoma (2007). In 2009, she will be participating at the Lyon Biennial and is preparing a permanent video installation for the first art center to be opened in a Favela, in Bresil. An extensive monography will be on show from February, 2010, at the Museum of Contemporary Art in Sydney, Australia.