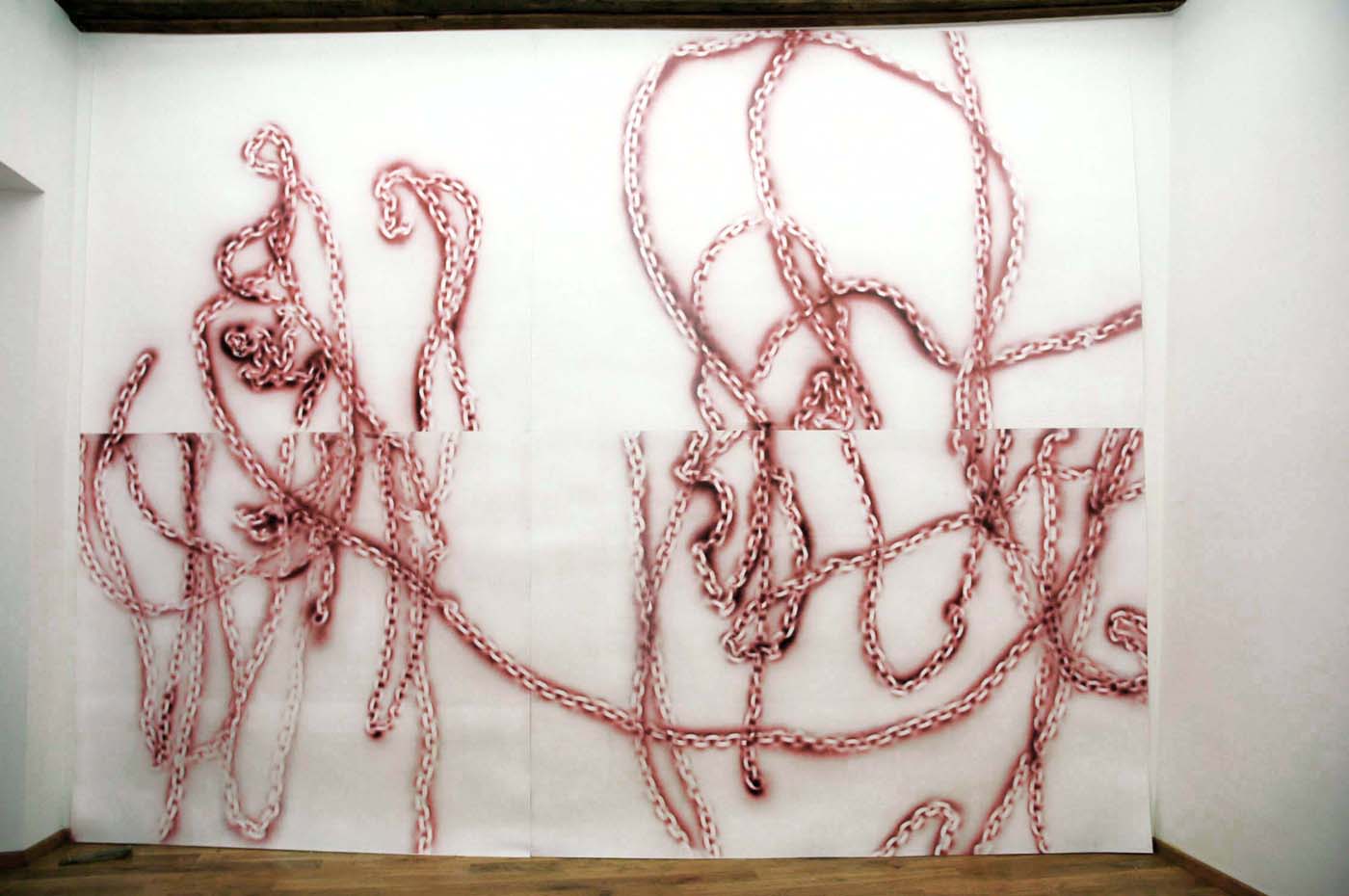 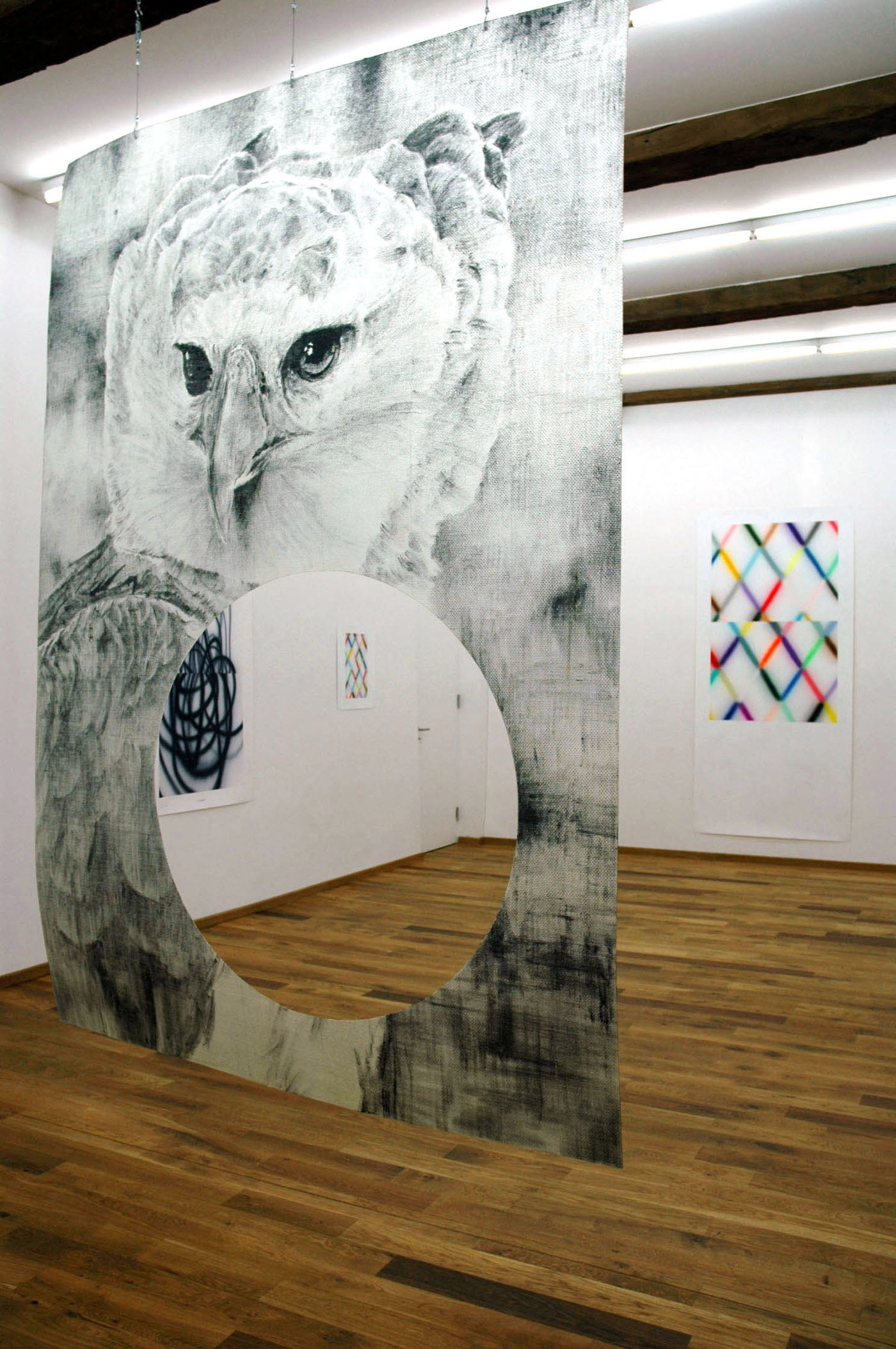 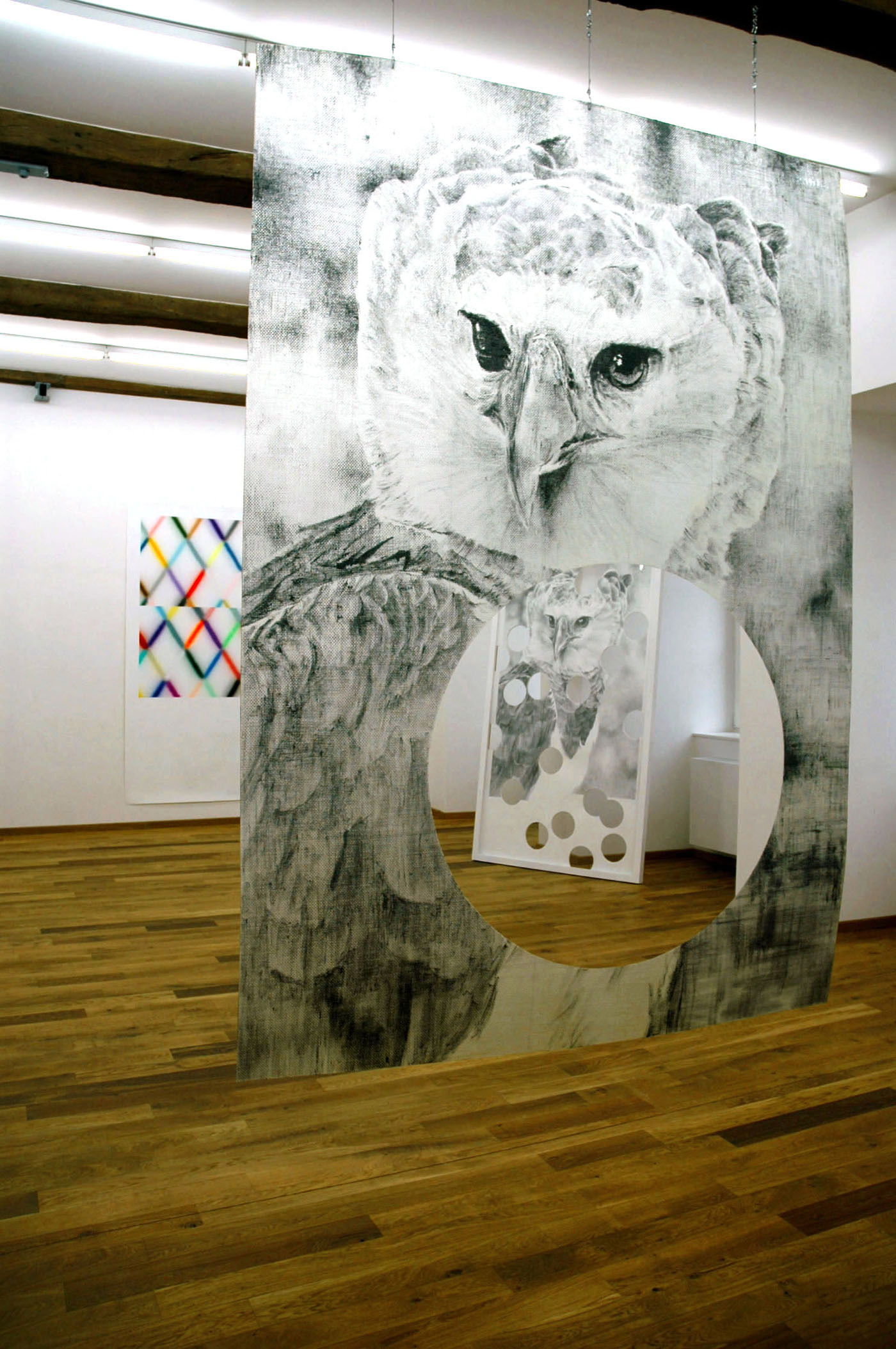 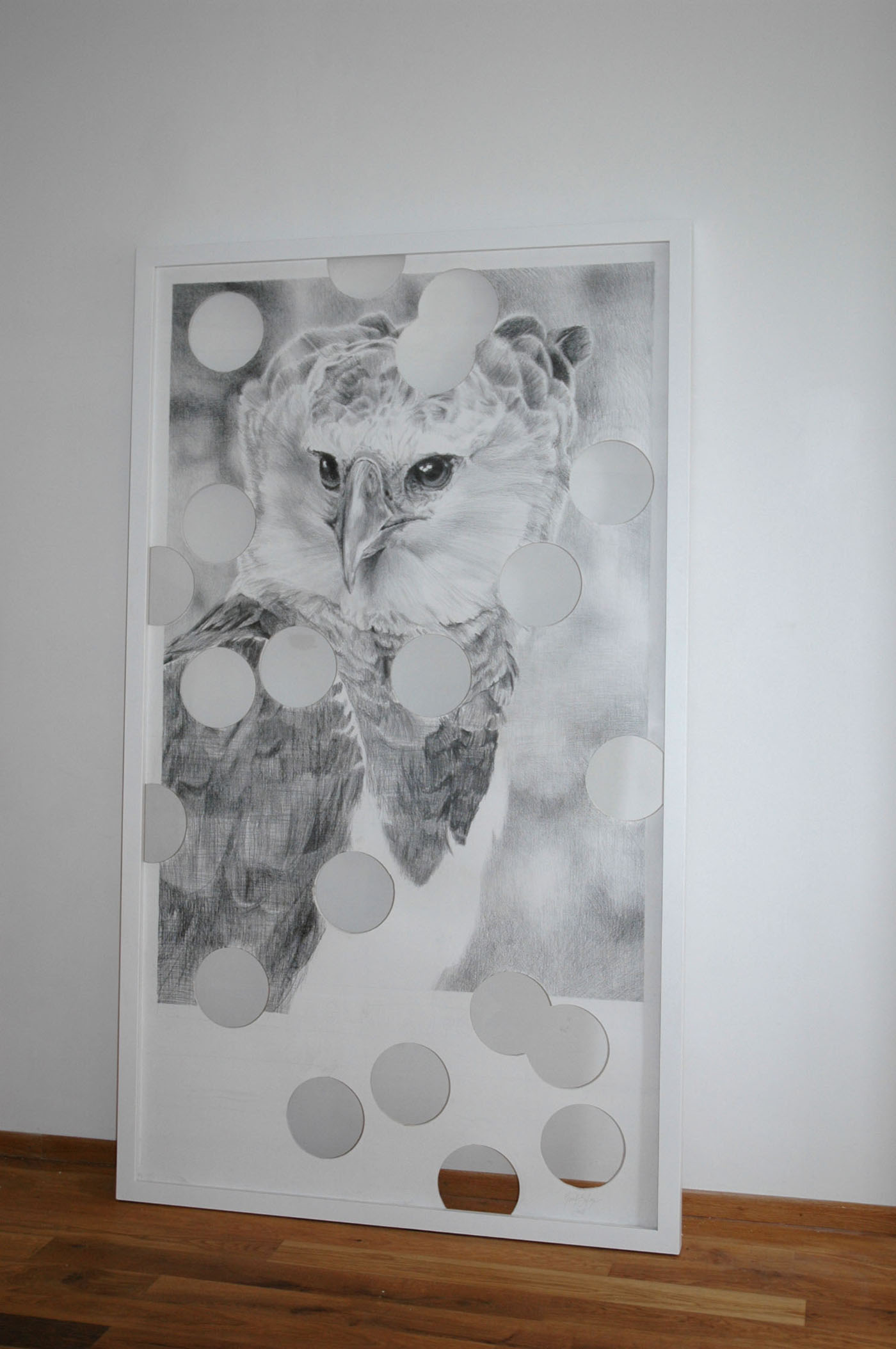 The motifs of Marcel Berlanger (*65, B / lives and works in Brussels) are easy to read: a snake, chains, tree, agaves, owls, portraits - but nevertheless they seem to be remote to the viewer. Berlanger is creating a platonic cosmos with striking icons. He is fascinated by the mathematical structure of nature, i.e. the blossom of the Chrysantheme. In opposite to the precise construction scheme of nature stands the wildness of its creatures. These wild features are represented by images of animals. The last component of his cosmos is the cultural sphere ? he reflects achievements of artistic devices from different centuries. For example he uses a contemporary portrait of the Belgian actress Cécile de France, to reflect the archetype of the Madonna. Her face is in a slightly turned position; this portrait typus was introduced by the Flemish primitives in the 16th century. Berlanger?s aim is not the narration of single events and the depiction of single phenomenons, but he is intrigued by certain genres and representation forms.

Berlanger?s paintings have a very special carrier as base. He uses fibreglass boards, which are produced by himself. These boards are either transparent and can be hung from the ceiling or they resemble canvas or paper, but they still have a certain luminosity, when the light is touching them. Sometimes his works have patterns of wholes (appr. 10 cm). By perforating his images he creates a paradox: the level of reality is decreased and increased at the same time. He disturbs the illusion of the realistic painted motif and at the same time he is adding the surrounding reality to the motif. By changing his point of view the viewer will also change the appearance of the work. This phenomenon is often used with minimalistic art ? in these contexts this particular effect is called parallaxe.

Berlanger?s works can also hang outside; they are resistant to the climate due to the fibreglass material. Outside examples are to be seen currently at the show called second_nature in the park of the Dexia (69, route d?Esch). Three works are hanging high above in the trees. The remoteness of the archetypical topics is sustained by the special remoteness to the viewer.