yet sometimes what is read successfully, stops us with its meaning 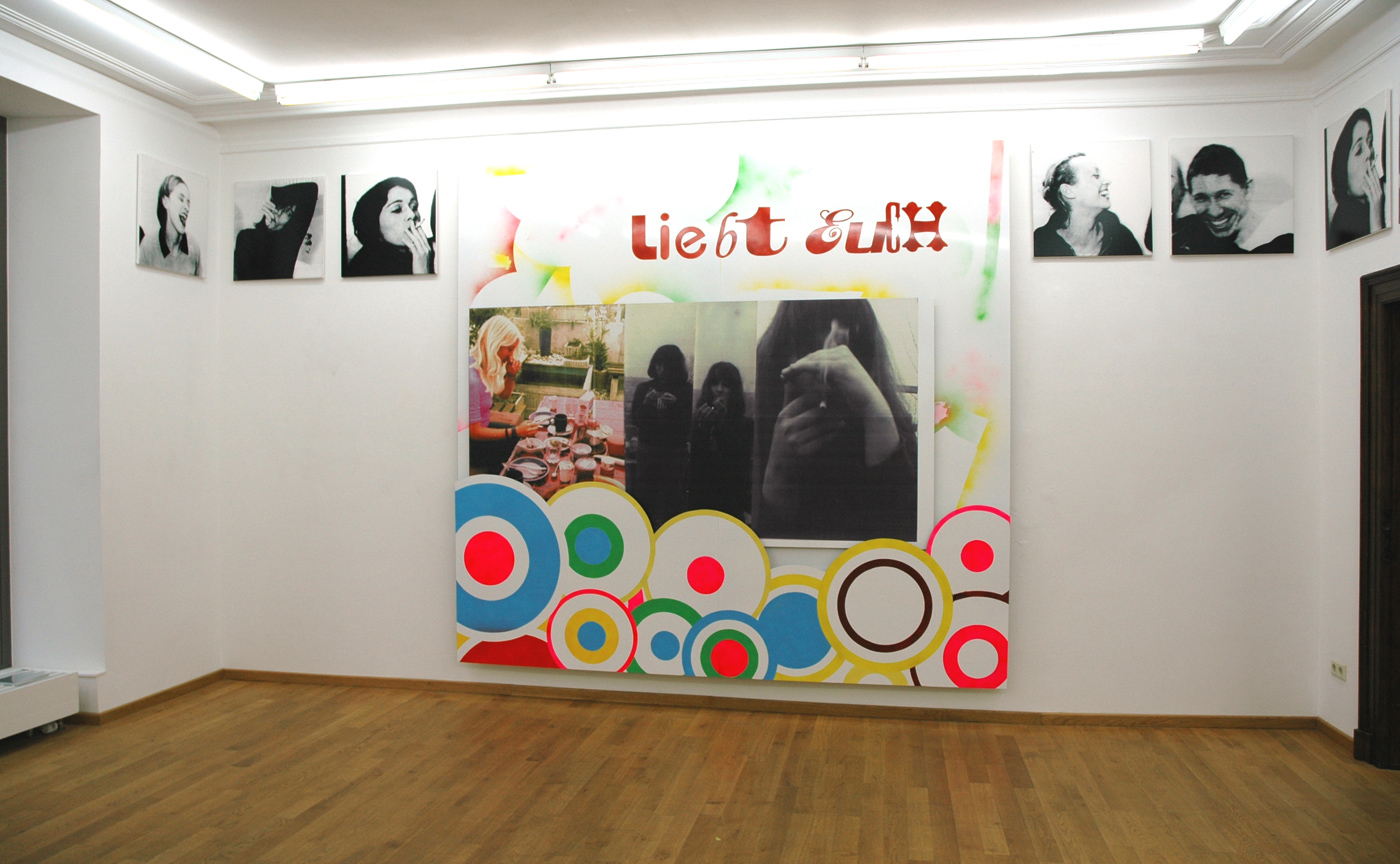 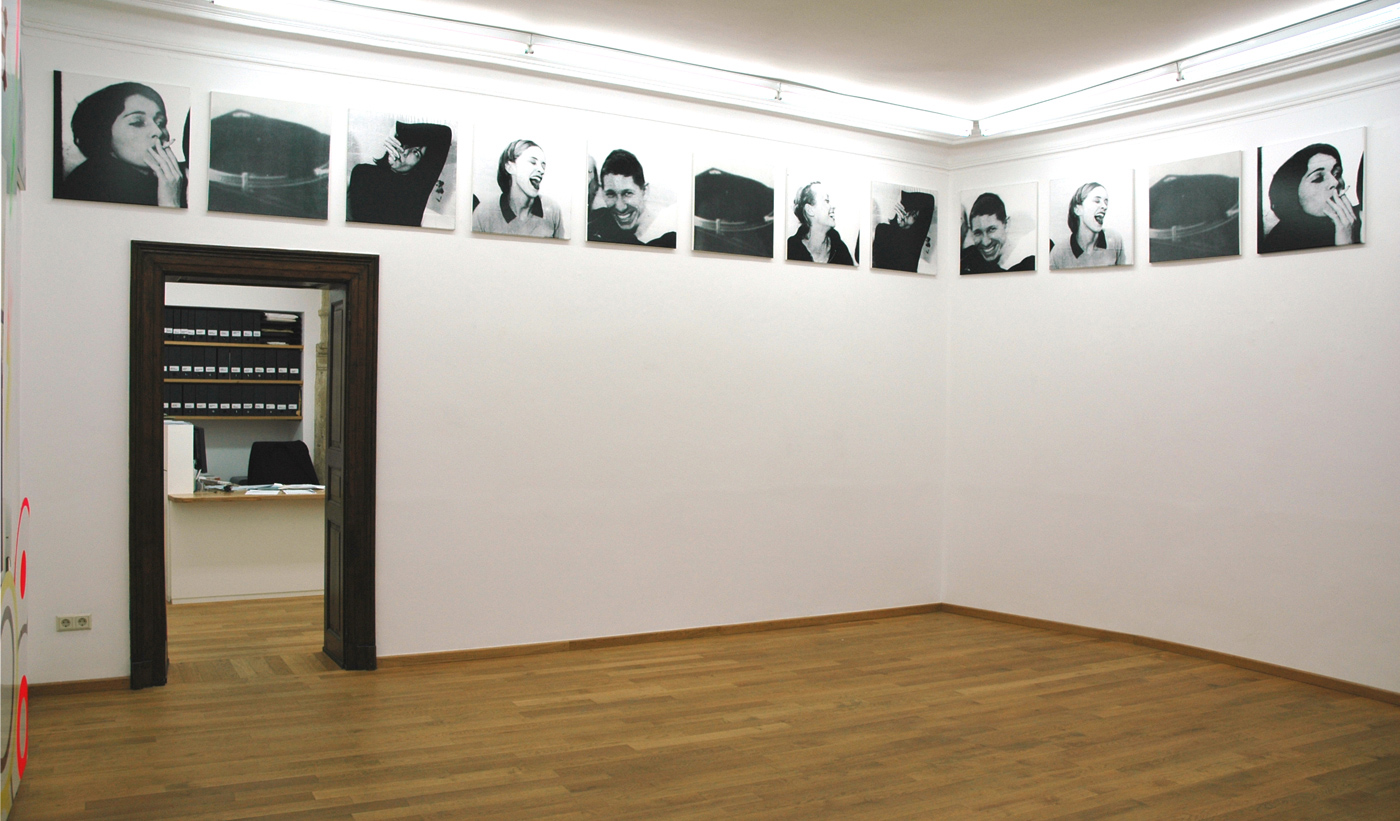 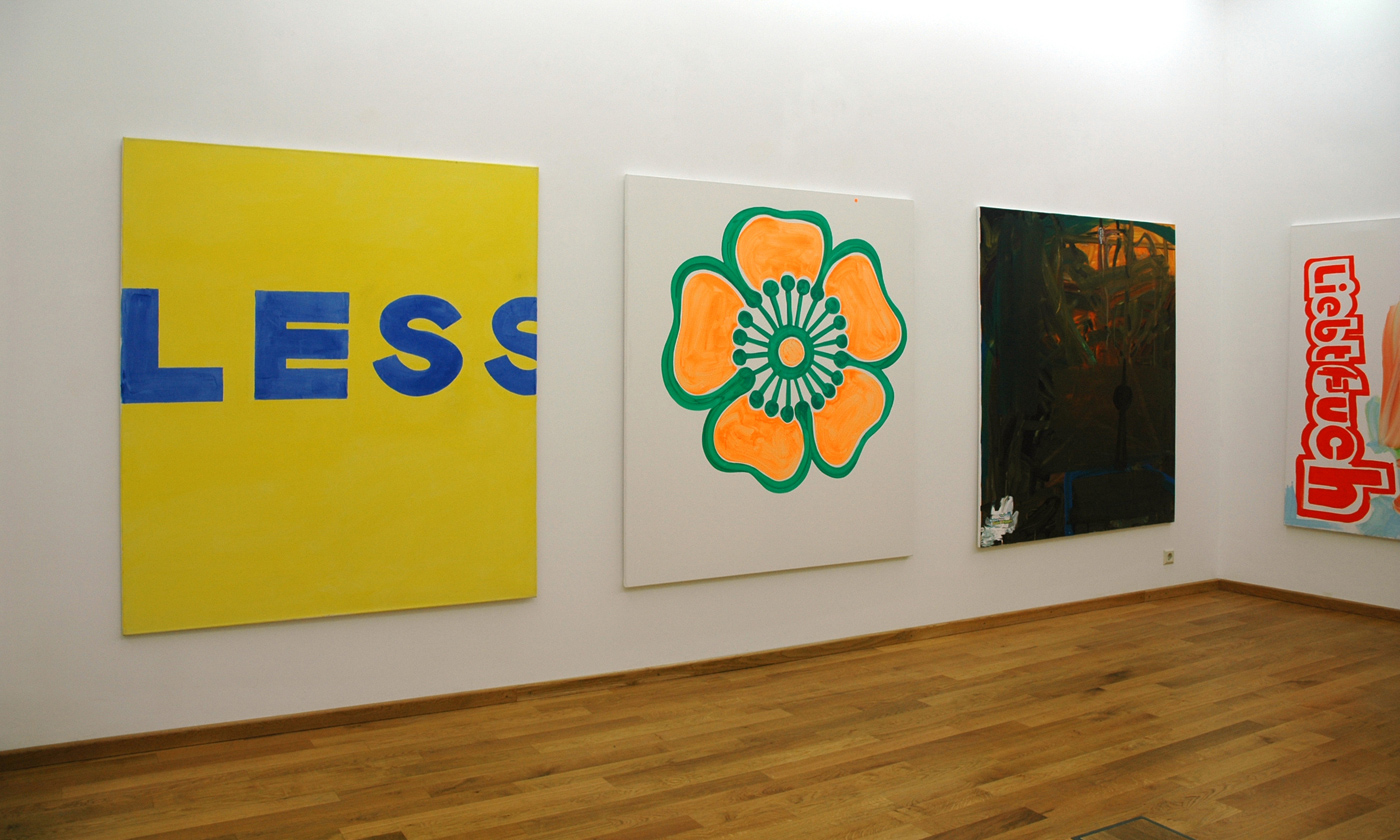 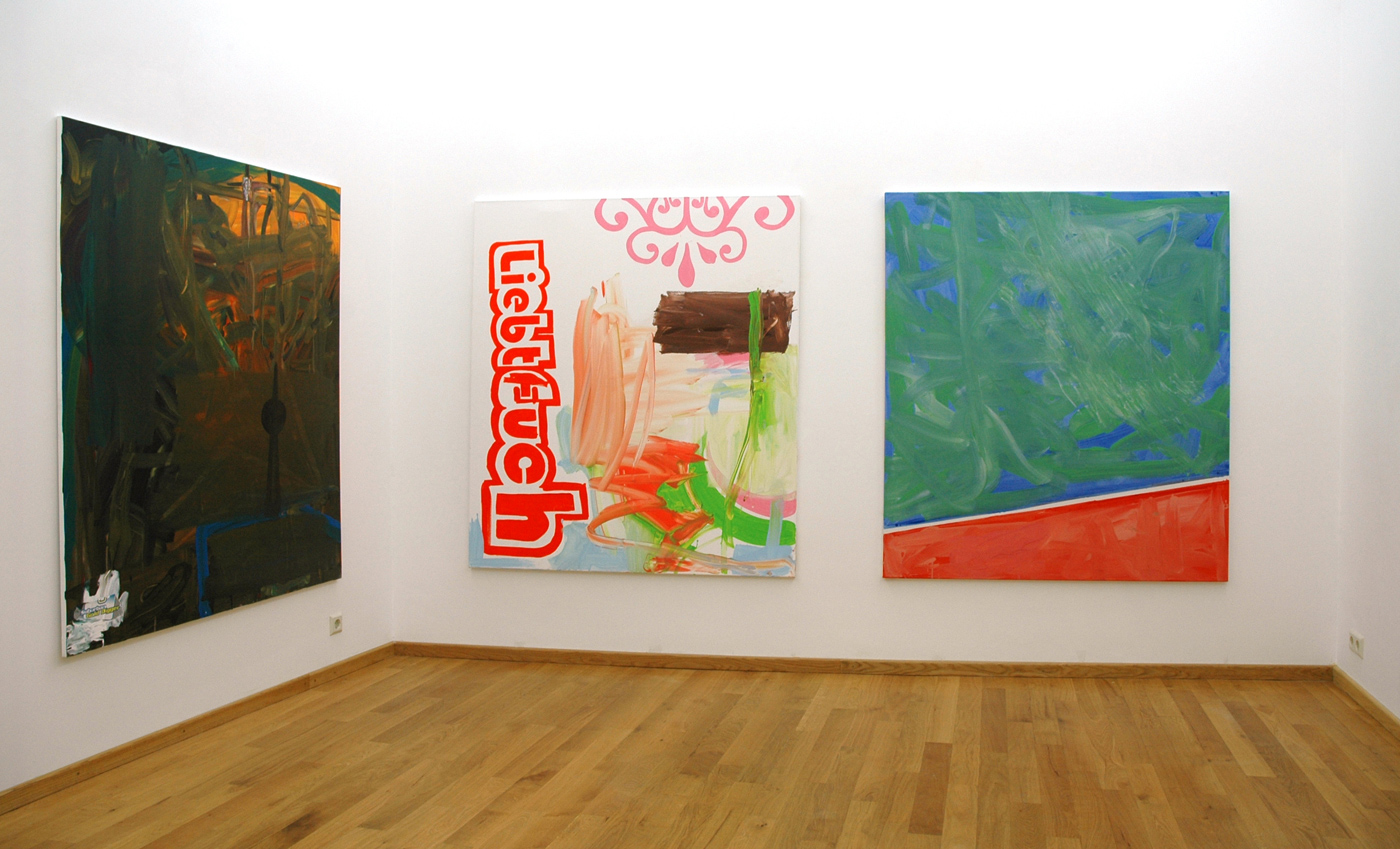 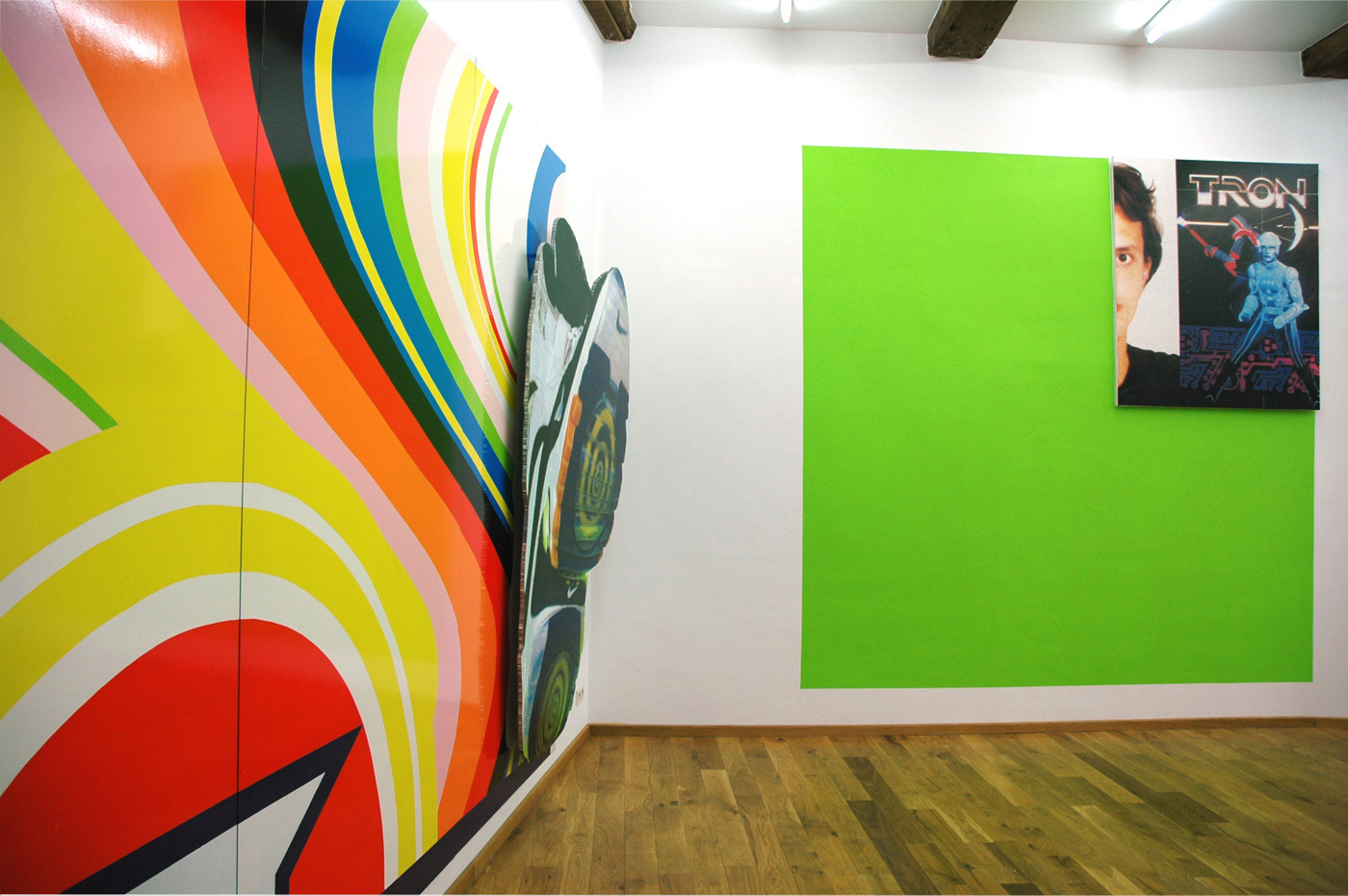 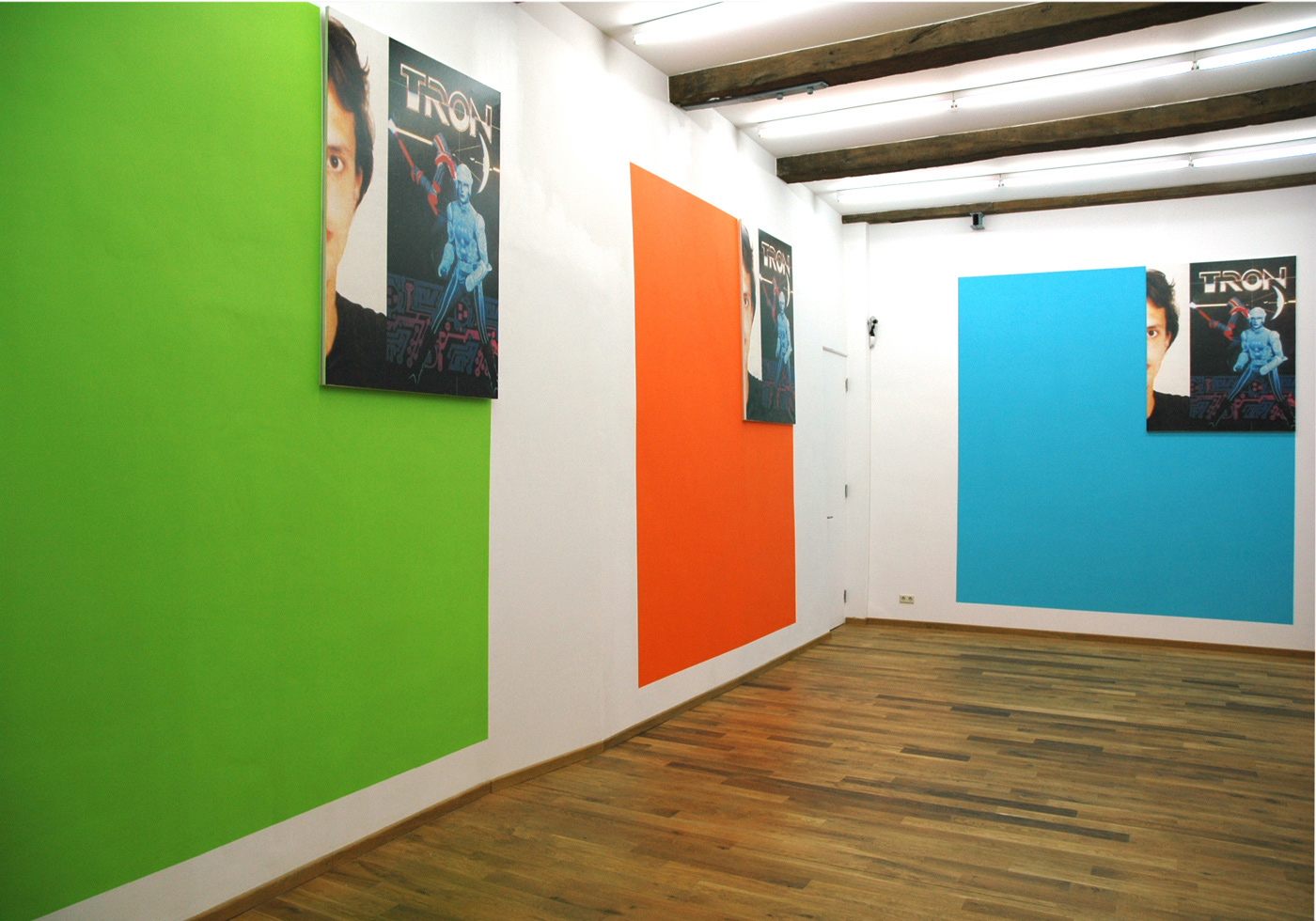 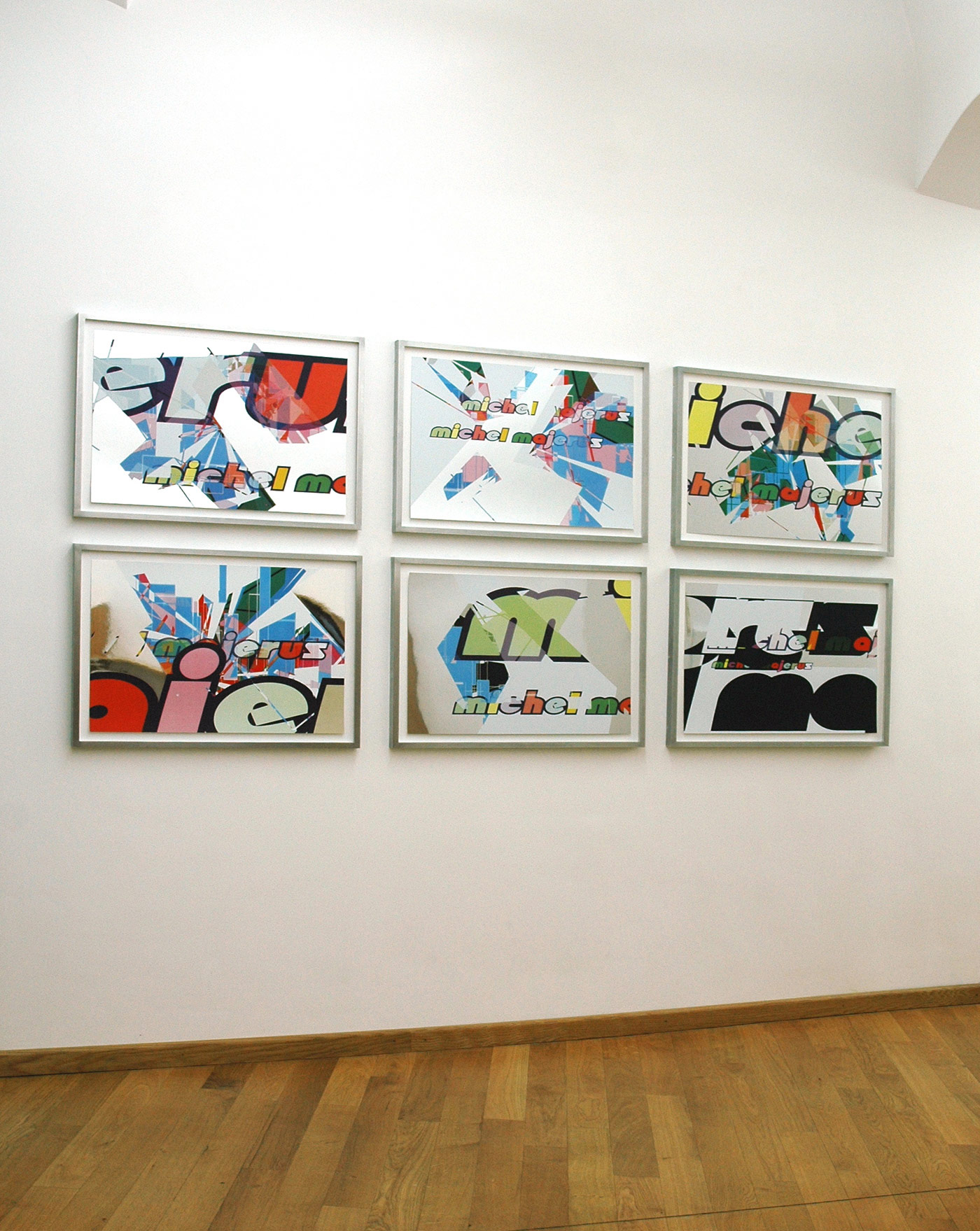 Symbols, characters and signs rush by in large amounts each day. Only
some of them stick out of this tide and touch us deeper. These exceptions
reveal their content to us; they stop us by the force of their meaning. The
works of Michel Majerus (1967-2002) filter these relevant signs, which are
telling the stories of our time. The exhibition title is taken over from a
huge work (nearly 5 m wide, on aluminium), which was shown for the first
time 1998 at the Manifesta 2 in Luxembourg. Moreover Gallery Nosbaum
& Reding is hosting a row of works, which was put together by the artist
for a presentation at the gallery Gió Marconi (1998); parts of his series
MoM-Block; and a series of black/white portraits, which was never shown
before to a larger public. He developed this black/white series for a party
he organized in 1999 together with friends in his studio. Majerus combines
in general bits and pieces of the popular culture (product- and movie
advertisement, typography, cartoons) with achievements of the artistic
language deriving from the last 50 years: monochromes, hardedge, pop
art. He was particularly interested in two things: the elementary particles
of everyday life and on the other side the special techniques of his famous
painter colleagues, which he transforms into his own gestural paintings.
The exhibition shows the works of Michel Majerus posthumously and was
conceived in cooperation with the estate of Michel Majerus.