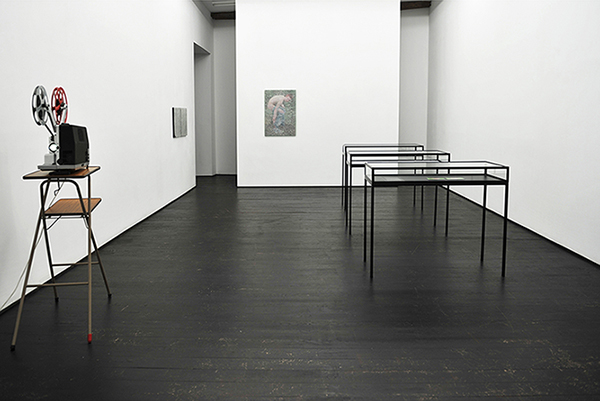 “On my last trip to Luxembourg I learnt a couple of things:

Apart from that revelation, I did strongly enjoy the contrast between Luxembourg’s pseudo-medieval old town on the rock and the new Manhattan-like bank area named Kirchberg.” - Unknown author


Murder, She Wrote is an American TV series broadcasted between 1984 and 1996 on the CBS network. The main role, a mystery writer and amateur detective named Jessica Fletcher, is played by actress and Dame Commander of the Order of the British Empire, Angela Lansbury. This exhibition borrows its title to open up the narration of a deviant story, one that does not aim to display objectiveness, but does instead understanding the joy of disruptive methods of explaining and archiving History. What is printed is true, it creates reality and is part of the big collective picture. A queer approach to the archive frees it from the exigences of institutional accuracy. The group does necessitate a coherent story more than it needs truth; because, due to socialisation, normalisation and education, no one can pretend to hold an essential access to any object or subject, as in: “Nobody between you can see a penis, because you’ll first see the Eiffel Tower.”

“One of the most remarkable icons of Hollywood’s vintage Golden Age, Angela Lansbury still works every day. At the age of 86, she’s an inadvertent role model for how to live one’s later years with absolute imagination and style. Her whole life is one of amazing accolades, from her first Oscar nomination at the age of 19 to her status as a Commander of the Most Excellent Order of the British Empire, her homeland, since 1994. In fact, Angela is so fabulous, she’s honoured with not just one but two stars on Hollywood’s Walk of Fame. And while her charming New York apartment may be a modest affair, her staggering career – encompassing highlights from The Manchurian Candidate to Murder, She Wrote – has been anything but.” - Holly Brubach, ‘Angela Lansbury’ in Gentlewoman issue 6, Autumn/Winter 2012. p. 184