It is the first solo show in Luxembourg for the German sculptor and painter Joachim Bandau (b. 1936).

Bandau is among a seminal group of artists such as Dan Flavin, Donald Judd and Sol LeWitt who in the 1960s developed a minimalist formal vocabulary in reaction to the predominance of post-war Abstract Expressionism. Among his early much-noticed series were mobile containers evocative of sarcophagi and models of bunkers that addressed issues of physical confinement and restriction.

Later in his career he focussed increasingly on painting, as witness his ongoing series of Black Watercolours, in which myriad shades of black overlap to create translucent geometric shapes that play with planeness and depth of field. The result of a meticulous and time-consuming process in which the artist adds layer upon layer over several days or weeks, they seem to float or even move, suggesting references to early photography and cinema, but also textile samples.

In the mid-1970s, Bandau's sculptural work evolved from biomorphic structures to a more minimalist vocabulary of boxes and geometric volumes. Echoing his painterly work, they explore the tensions between volume and emptiness, or between presence and absence. Titled Transparente Verdichtung (Transparent Compression), the exhibition at Nosbaum Reding Luxembourg features a selection of recent paintings and sculptures in which the artist continues his ongoing exploration of space and the role of time in the making of the artwork.

Joachim Bandau (b. 1936 in Cologne) graduated from the Düsseldorf Academy of Arts in 1961, where he studied alongside Gerhard Richter, Joseph Beuys and Imi Knoebel. In 1966 he co-founded the artists' collective K66. His self-driving Cabine Mobiles for documenta 6 in Kassel in 1977, which was included in the ?Utopian Design? section, attracted wide critical attention. Since the 1960s, his work has been shown in solo exhibitions across the world, including at Museum Ludwig in Cologne, M HKA in Antwerp, SculptureCenter in New York, Haus der Kunst in Munich and Palais des Beaux-Arts in Brussels. It can also be found in numerous public and private collections such as Centre Pompidou in Paris, Kunstmuseum in Basel, Staatliche Kunstsammlungen in Dresden and Museum Ludwig in Cologne. 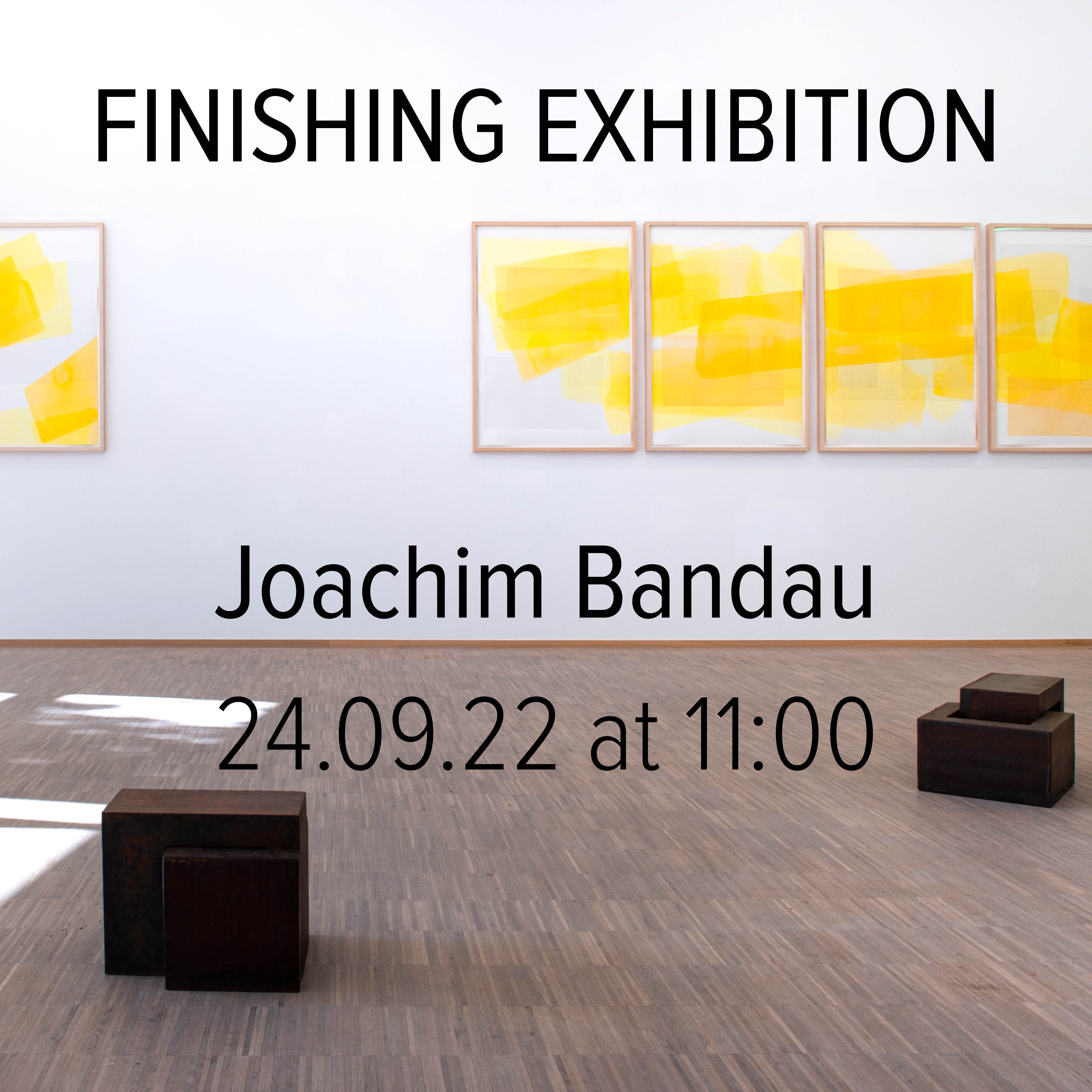