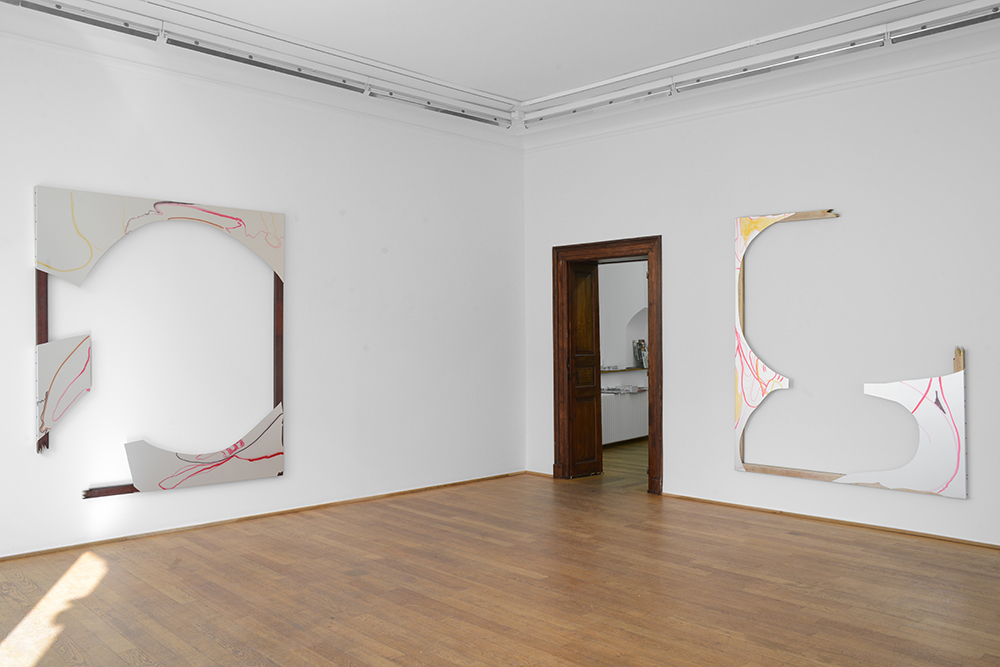 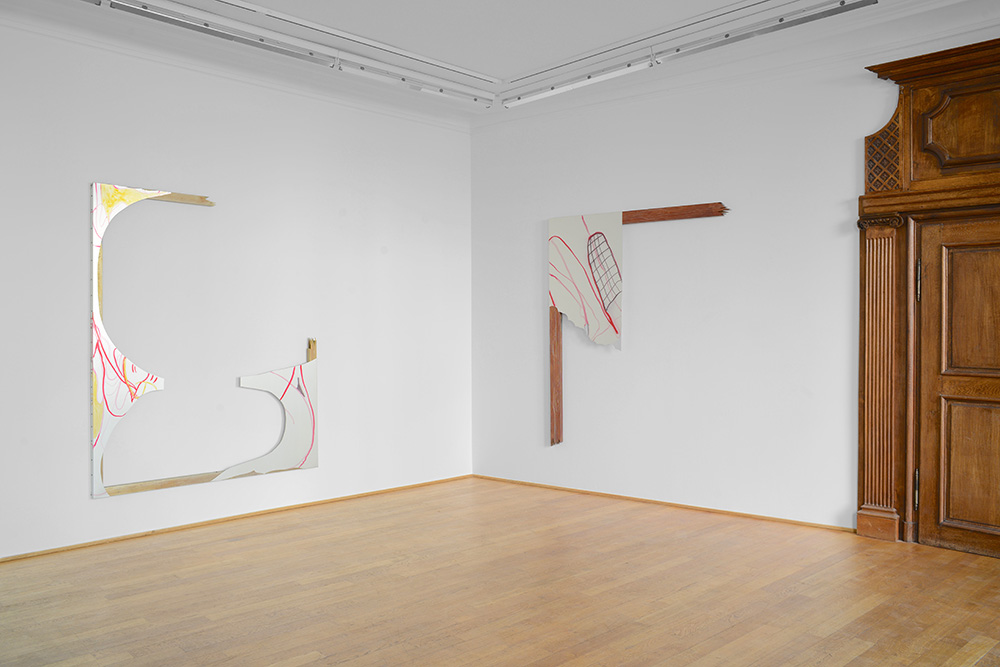 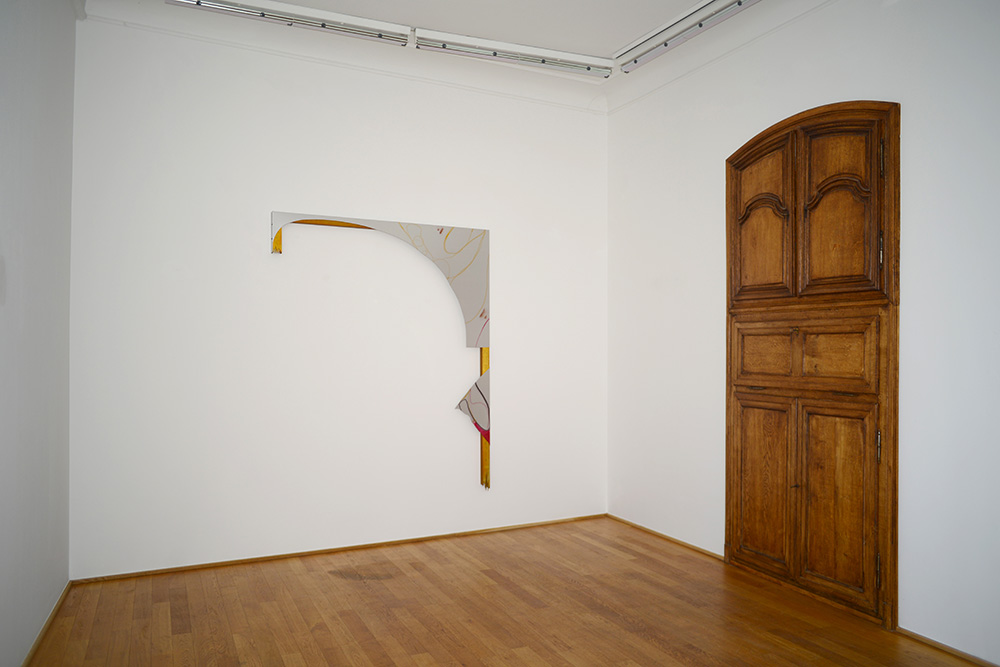 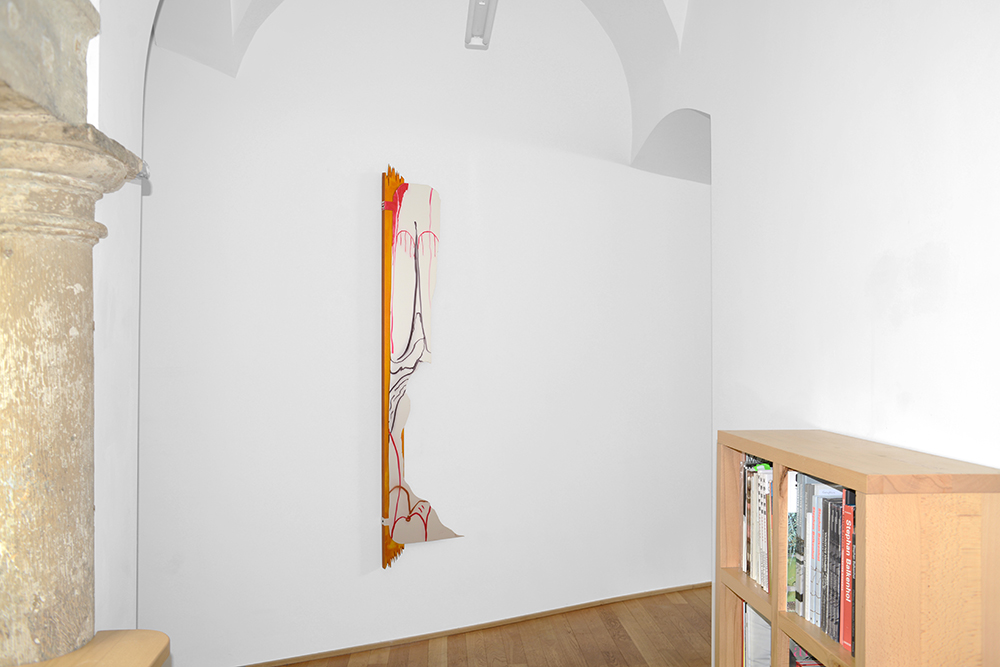 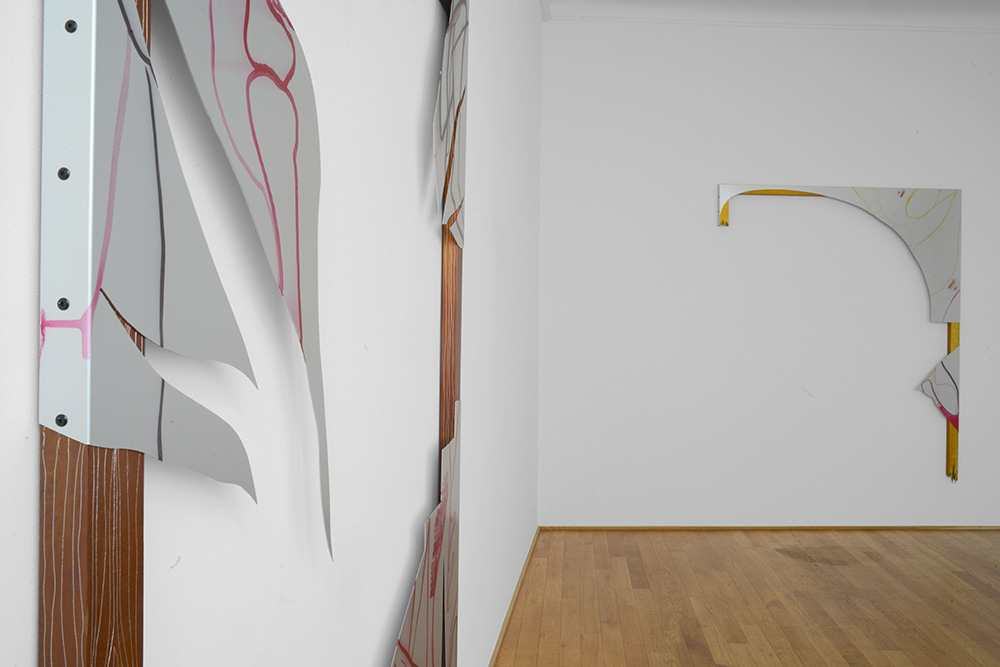 by Carl Palm is:

An alphabet of personal signs

20 euros worth of sad blue songs

A testament to a deep understanding of the Salt-N-Pepa song "Let's Talk About Sex?.

Sketches and descriptions of works made in secret, never meant to be seen by anyone except the artist.

Someone who isn?t the artist told me that these works are detailed documentary accounts of the sexual exploits of olympic badminton players in Rio 2016. The real olympic playing field is, as we all know, the bedrooms of the olympic village, the games played in flesh.

With that in mind walking through the show, the pieces reach out to you, and speak to you. Of sex. If you tilt your head left and right, and take a couple of confident steps backwards, they appear more than anything as Richard Serra miniatures combined with imagery from the Kamasutra, ruthlessly modernised and adapted to the bleak restrained style of abstraction that is so prevalent in painting today. The artist himself adapting, becoming more painter and less of everything  else.

These are regal works, proud ruins of rusty war machines.

The materials were gathered over time and through guile, the artist?s arms sore from carrying, welding, sawing, polishing, brushing, painting, and bolting.

Through a series of limitations and reversals the artist is taking a step away from his personal  style, paradoxically taking him closer then ever to the essence of Carl Palm. The operation in itself is an elegant sleight of hand, both literally and figuratively. By taking his own rational planning mind out of the production equation, the artists lets the knowledge and desire of the materials  themselves take the next step, the leap towards a shiny surface and ragged edges.

Touchingly and perhaps poignantly, these are works of sacrifice. The aluminium frames used were originally made for the greenhouse-style-villa the artists has been planning for many years. They were set with panes of hardened glass, fit for Swedish winters. All of these had to be broken, and thus symbolically breaking, at least for the foreseeable future, the artists dream of building and living in his own glass house.

A series of incomplete maps, drawn by a keen navigator and lost over and over again, pointing the way to 36 year old Chinese container ships, from whose containers these wall sculptures, definitely not paintings, have been sawn out. They forever carry with them the imprints of their former cargo: plastics, electronics and children toys.

And and or or or