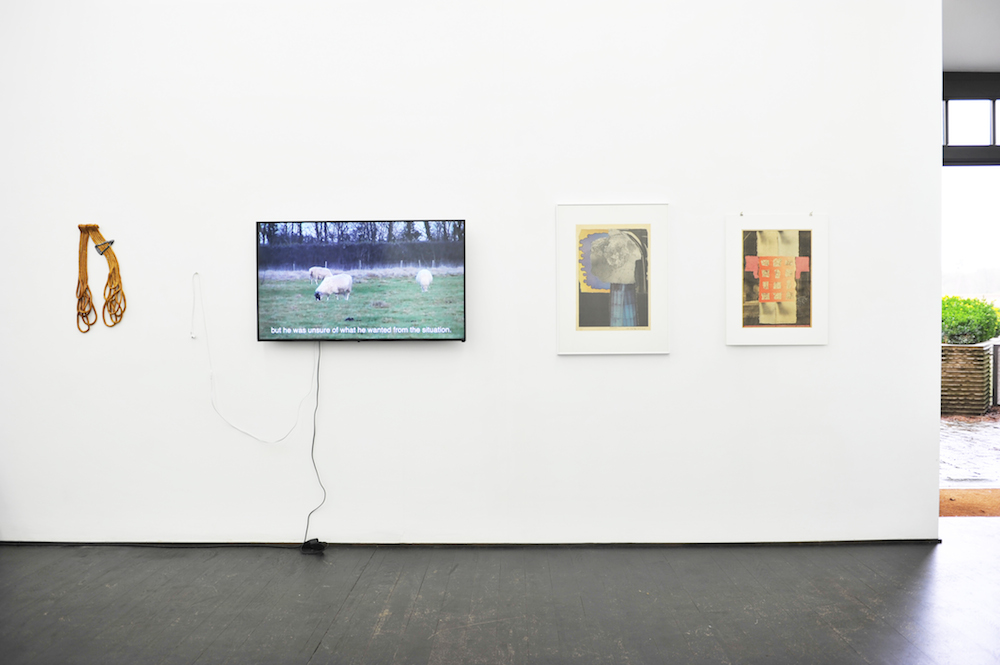 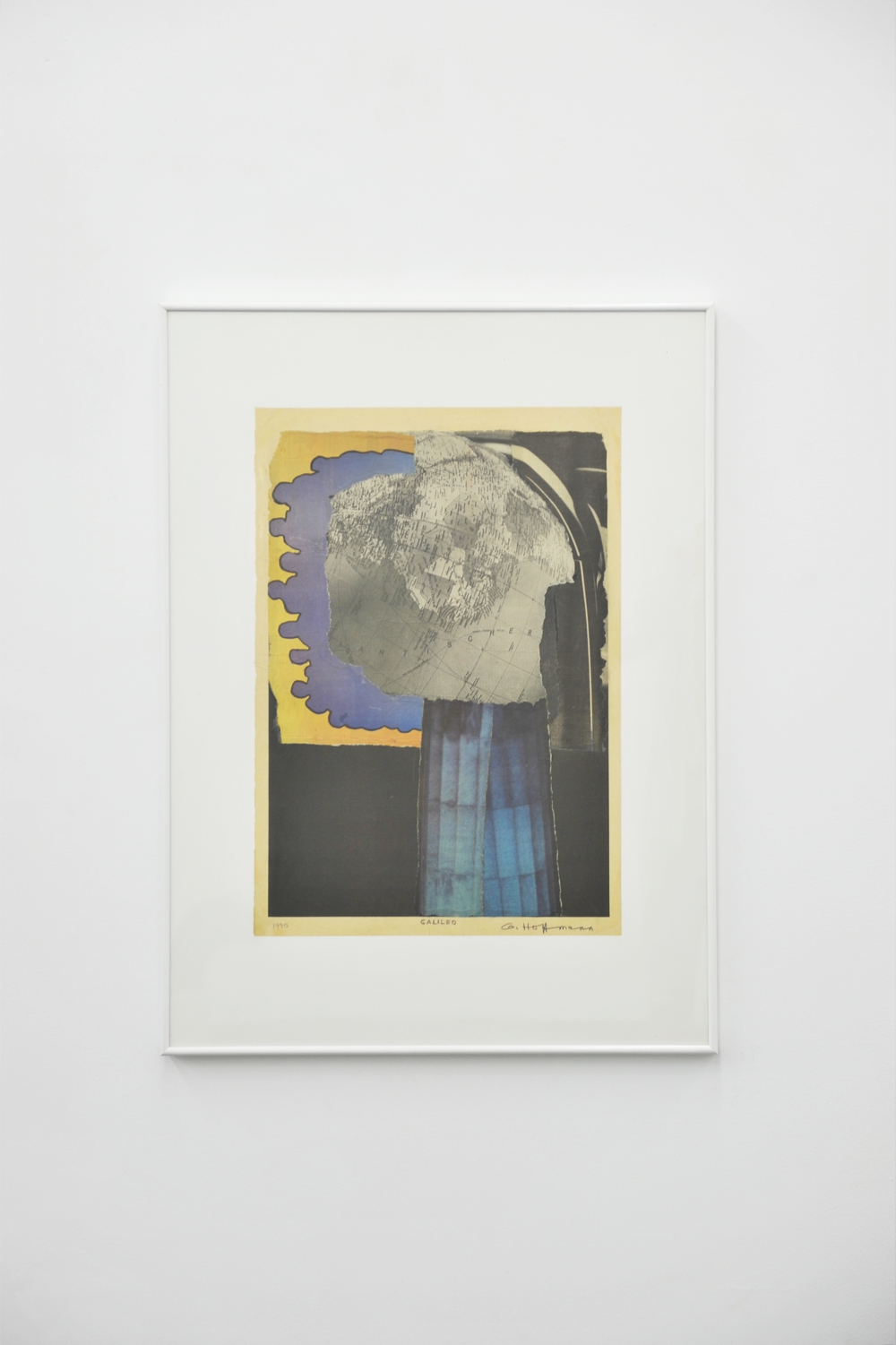 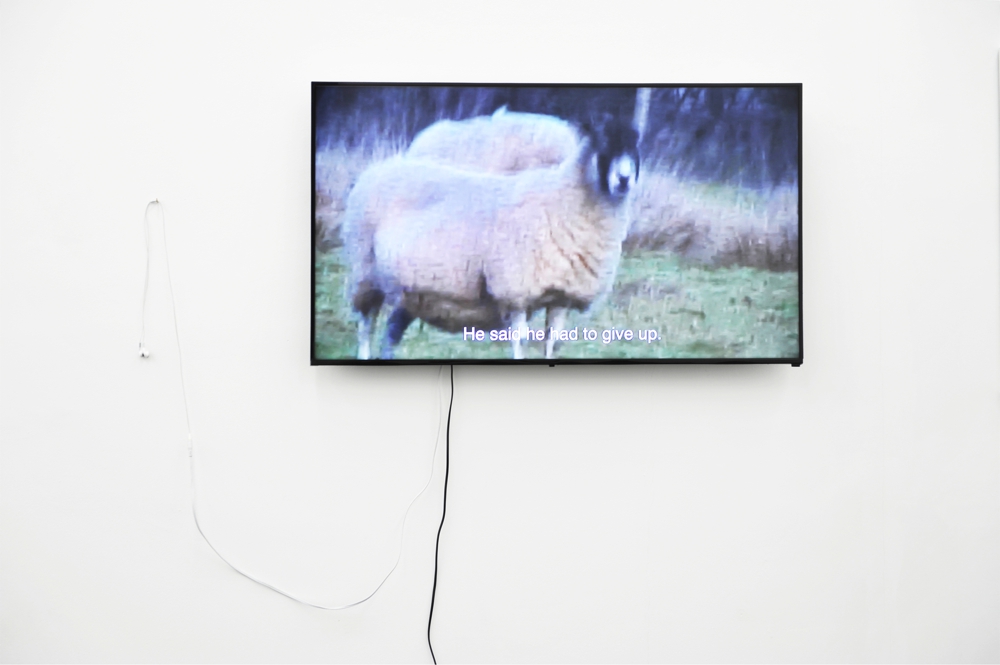 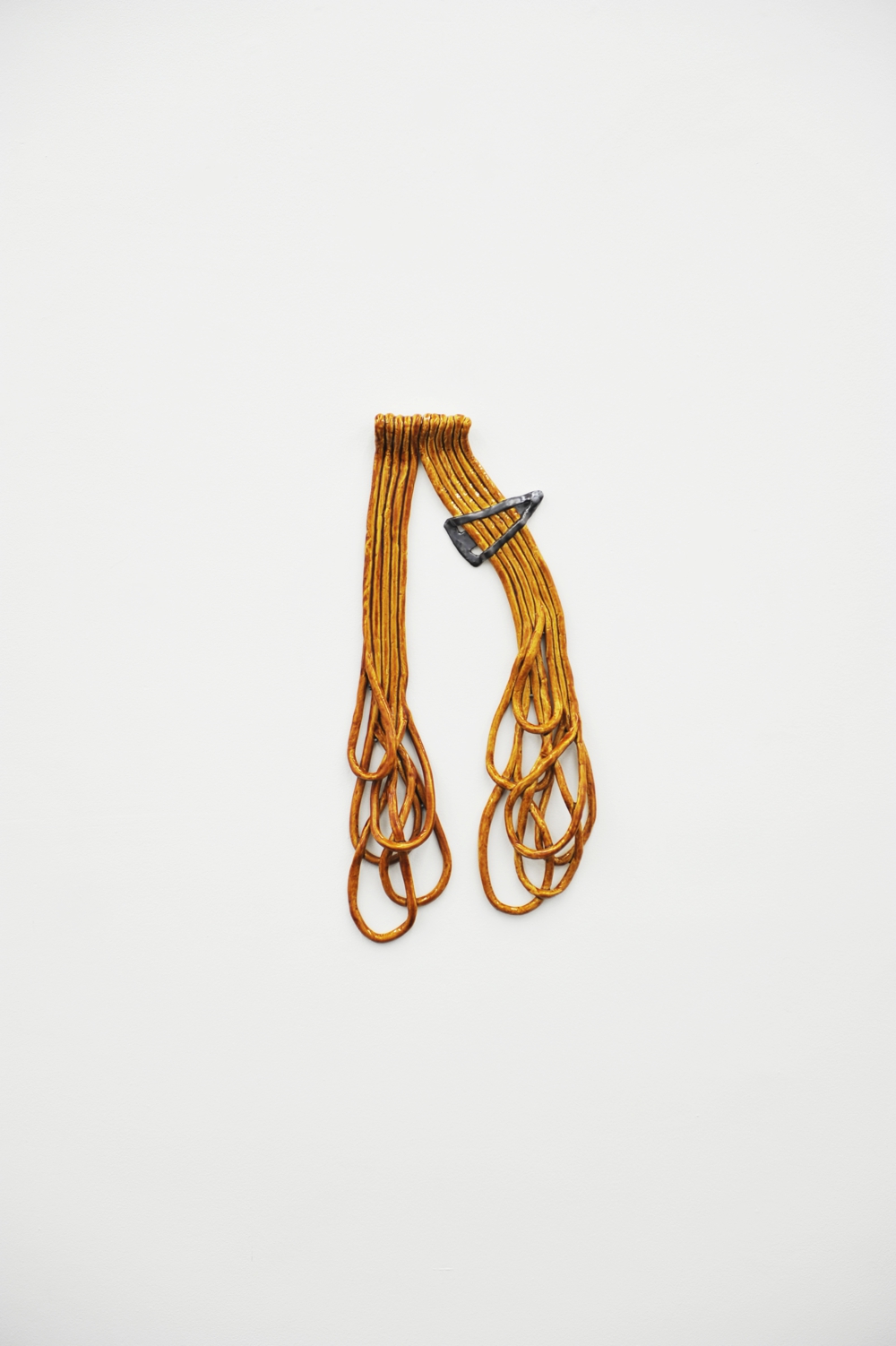 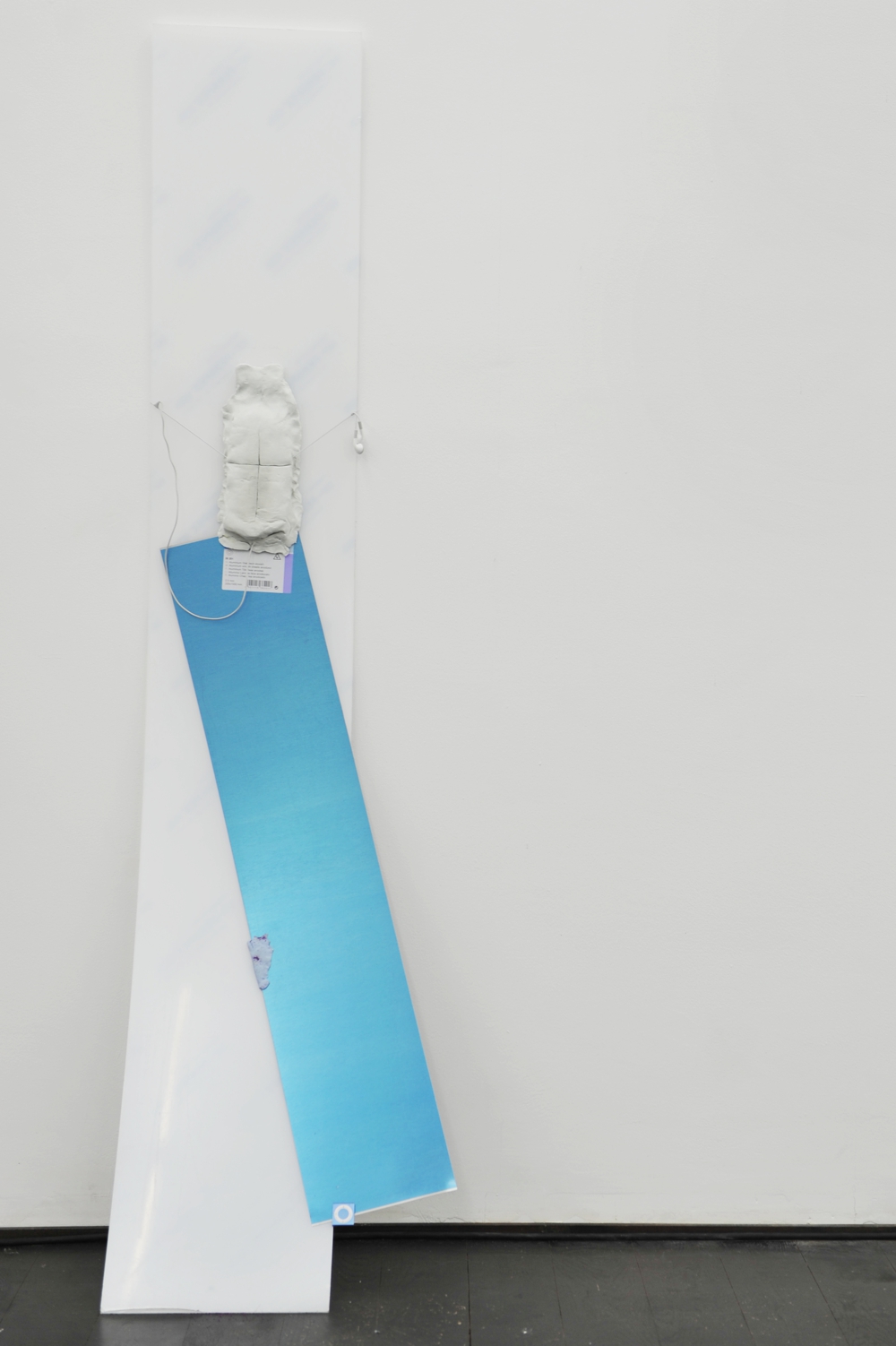 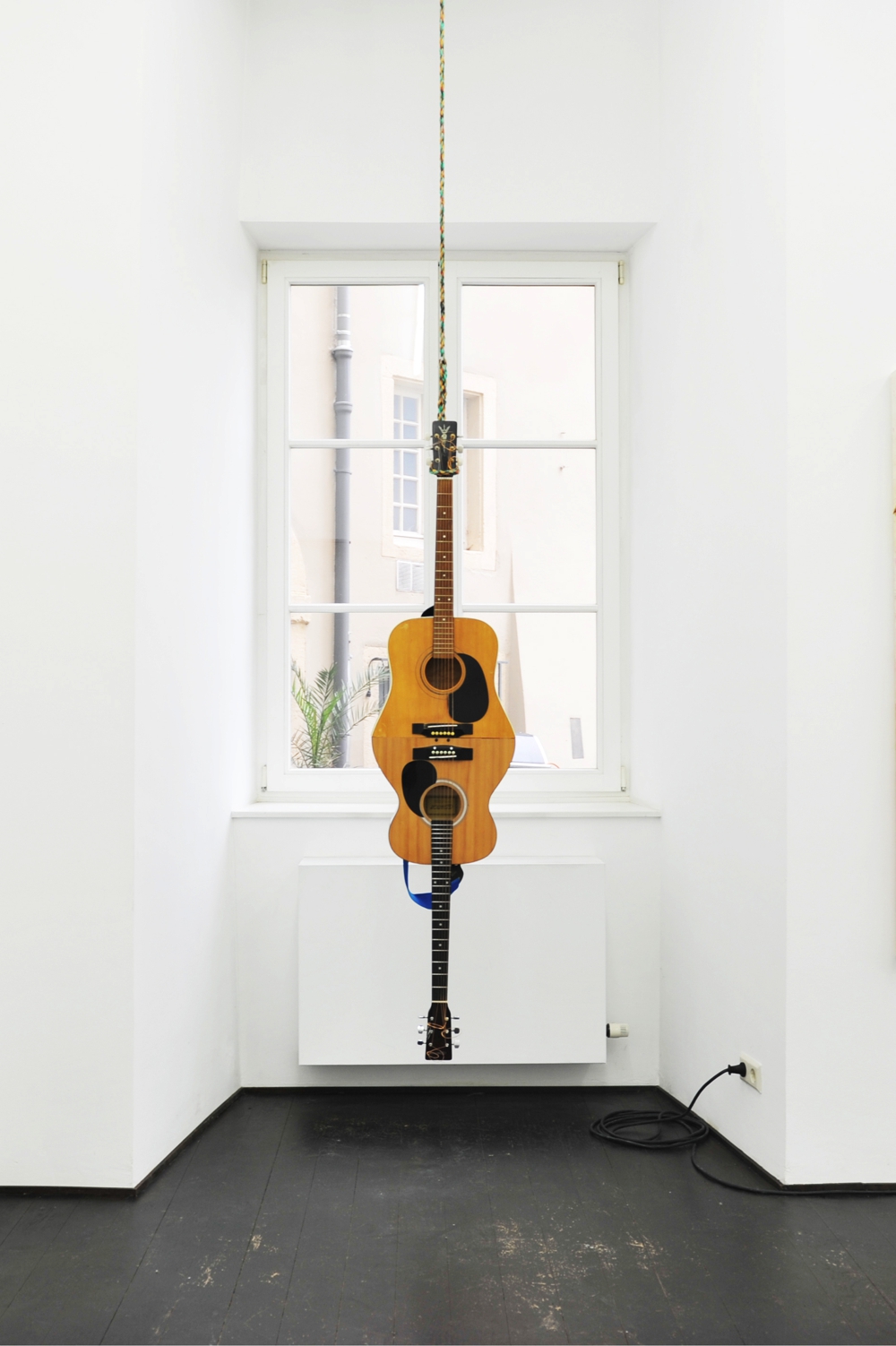 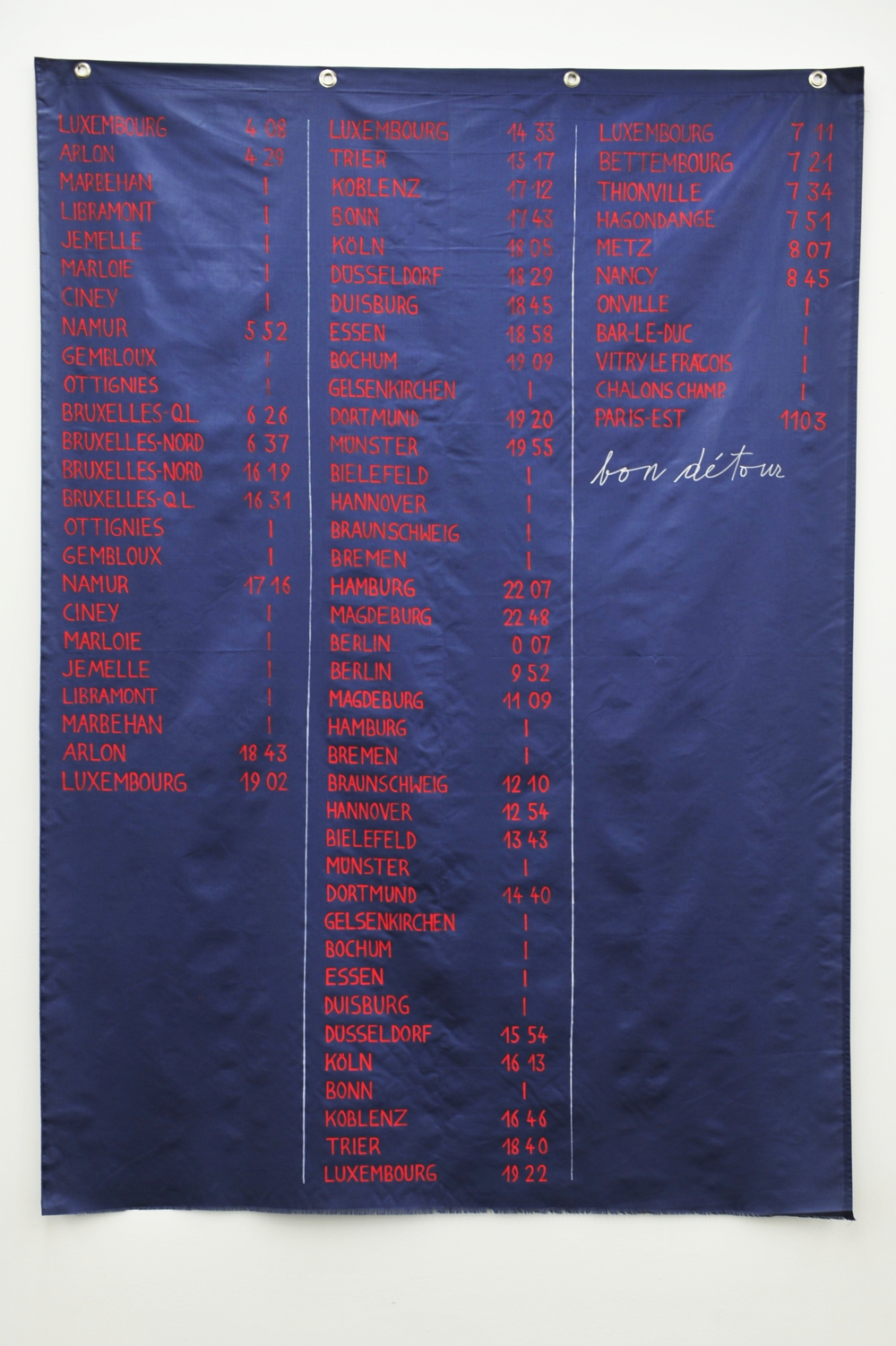 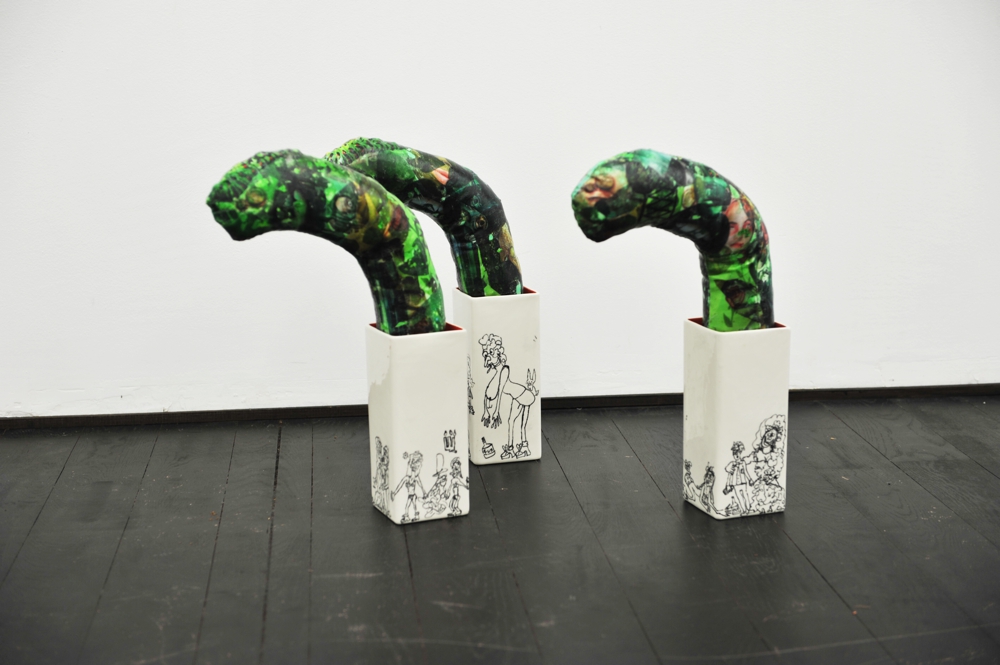 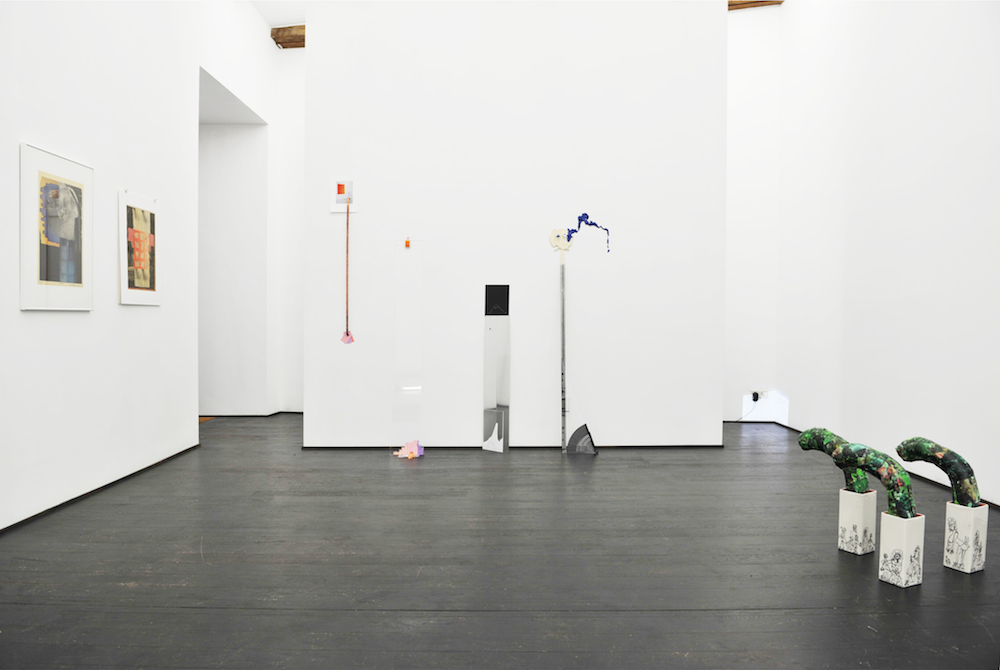 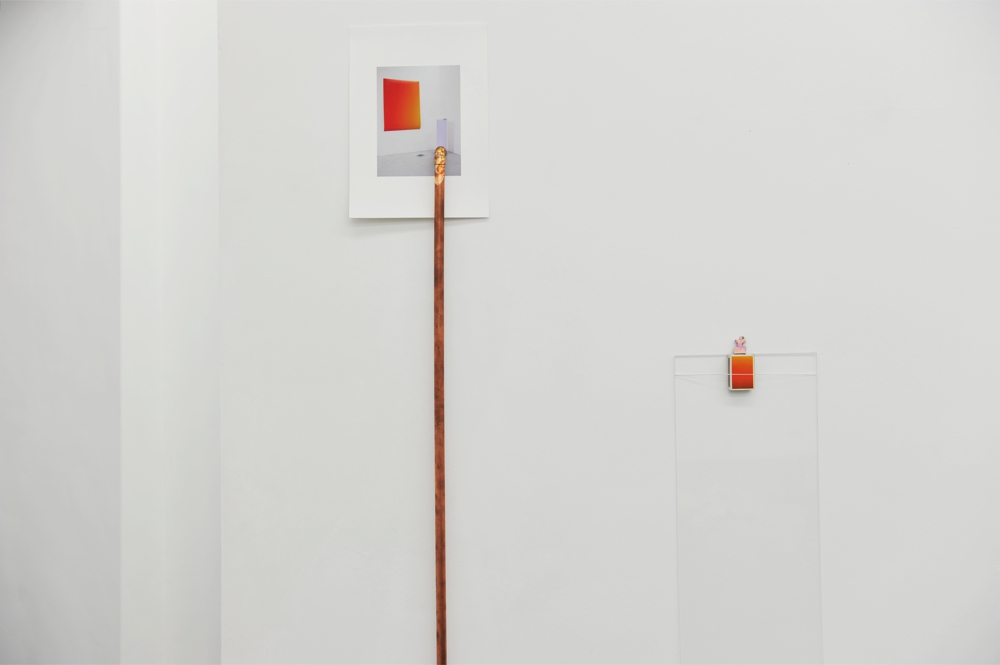 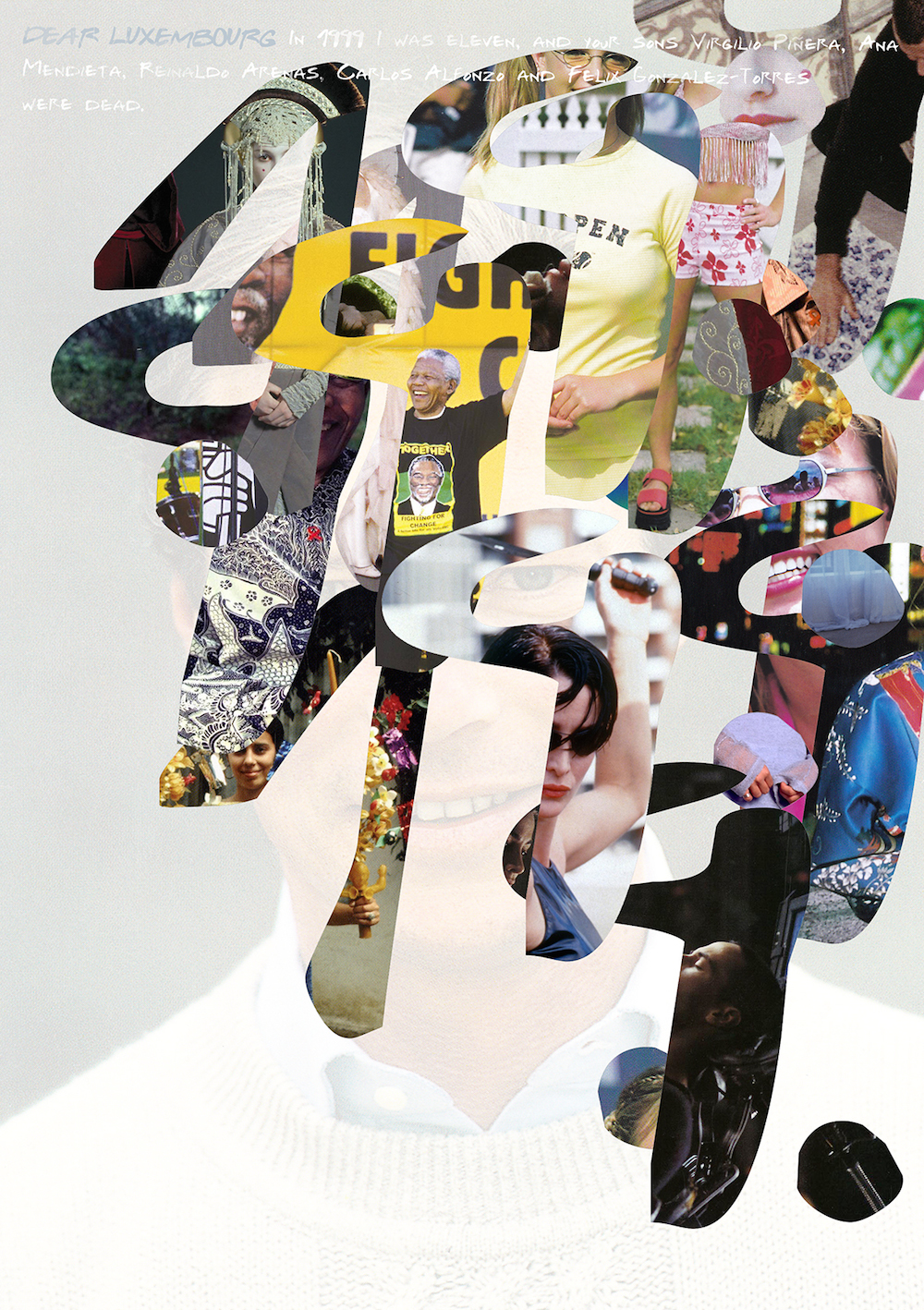 Dear Luxembourg (yours, bucktoothed grl) is an exhibition that speculates on a symbolic capital exchange between London and Luxembourg City. It introduces a band of Londoners and their cutting edge aesthetics to invade the pretty, virgin soil of this landlocked country in the heart of Europe. It speaks and lucubrates a response to nationalisms and acts as a space dislocation; face off with what was once called nationalism. Dear Luxembourg (yours, bucktoothed grl) is all about individualism through communality. Two cities, that stand for and under hyper-capitalist egoism, whose connecting airport lounges are abounding TV screens flashing stock-market mountains, come together to try something else. So what if the whole really is greater than the sum of its parts?

Applied to the biological site of individuality, the face. (Of the banker’s wife wanting that smile and those ears and yet after all bandages are off things just won't fit. SHLD have kept your buckteeth.) Applied to the EU: Cameron and Junker having it out, while we sit and watch the utopia of peace-through-union disappear into nationalist, or was it globalist URGHs. Applied to a project space too small to host all of us ladies side by side. So let’s commix the fringes of authorship for the greater, good?

The greater good is a virtual and actual merging of text, video, performance and sculpture into one overpoweringly concise and messy Gesamtkunstwerk of a show. Strands point toward individual positions and melt in the neo-liberal pot, furnaced by the ray of light bouncing off the glass facades of the Kirchberg, off BA planes overhead. To fly. To serve. To serve the bucktoothed girl from Luxembourg. That applied to love.

“What does it mean to love somebody? It is always to seize that person in a mass, extract him or her from a group, however small, in which he or she participates, whether it be through the family only or through something else; then to find that person’s own packs, the multiplicities he or she encloses within himself or herself which may be of an entirely different nature. To join them to mine, to make them penetrate mine, and for me to penetrate the other person’s. Heavenly nuptials, multiplicities of multiplicities. Every love is an exercise in depersonalization on a body without organs yet to be formed, and it is at the highest point of this depersonalization that someone can be named, receives his or her family name or first name, acquires the most intense discernibility in the instantaneous apprehension of the multiplicities belonging to him or her, and to which he or she belongs.” - (Deleuze & Guattari 1987, p. 35)

Applied to the body the body, the bodies in the Luxair boarding queue, so tight against each other it’d be more economical to temporarily become ONE, just while we’re passing btw LUX and LDN. U know, high up in the air btw two billionaire European parents quarrelling over custody of their fragile neo-liberal Ikarus. If it’s not
Dear Luxembourg wants to be an accumulation of faces, an expressionless or massively mimic response to the game of today’s individual cumulus that draws contemporary art utilities for the edification of wealth. There is the face of the Duke of Luxembourg and that of the Queen of England; And between those two there are all our pop postered faces – FACE –and you just sit there writing frightening verse to a bucktoothed girl from Luxemburg. – The Smiths, “Ask” from the album Louder Than Bombs (1987)

Luxembourg City hosts the ultimate shelter for advanced capitalist exchanges and flaunts the history of a tax heaven; one that is now being transformed to accommodate the current common European market. Its cute and clean pseudo-medieval city centre sits on top of a rock and sometimes shines like a fairytale castle. Over the nearest hill rises Kirchberg –the church hill– the Manhattan of Luxembourg, a conglomeration of skyscrapers that are home to a handful of international banks; at its feet shines the very modern dome of MUDAM (Musée d’Art Moderne Grand-Duc Jean de Luxembourg).

“Contemporary Art had become a very sophisticated system of value creation with the turbo-charged art system that emerged during the preceding financial boom requiring artists to provide – at its peak – around $60 billion a year (according to artnet.com) worth of window-dressing for art’s three main economic functions: the acquiring of status, the cleansing of conscience and the sheltering of tax” - Christopher Kulendran Thomas, ART & COMMERCE: Ecology Beyond Spectatorship (DIS Magazine, 2014) / http://dismagazine.com/discussion/59883/art-commerce-ecology-beyond-spectatorship/

This exhibition is a poem from London to Luxembourg that takes into account the odd location of Nosbaum Reding Projects to draw on and out a common cultural laughter, “Dear New York, Here’s your novel. If I could have held myself together longer, I would have. I wanted to. I feel like I prostituted myself for you. I went all the way with a lot of people and for what? It was our time, I guess. Everybody was fucking everybody. I don’t blame you for anything that happened, nor do I particularly give you credit for it. I fell apart somewhere around the time the war began… was that the idea? If so, fuck you too, loads of love, loads of novel, and it’s been real. Meanwhile the buildings are still changing all the time and you’re thinking that the city isn’t what it used to be. Well it never was. I do love you.” - Bernadette Corporation, Reena Spaulings (New York: Semiotext(e), 2004)

WATCH HERE; Jenny Moore and Sophie Jung during an evening of performances, 15 January 2015.